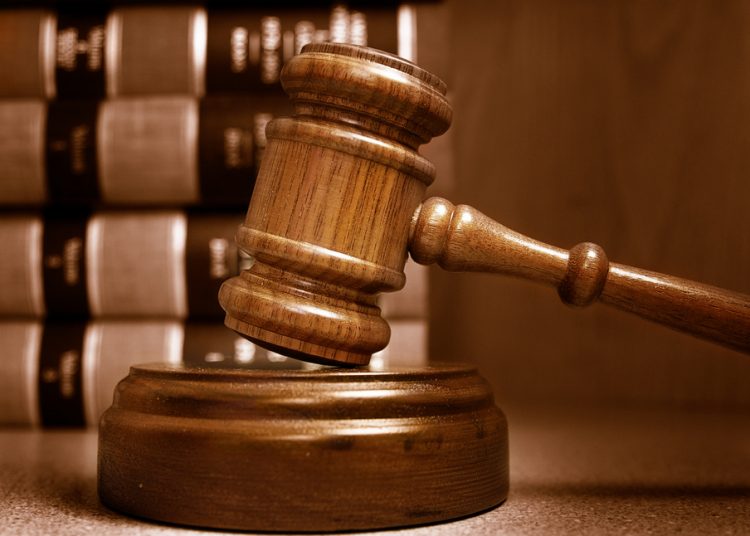 Bauchi State Governor, Bala Mohammed and and a former Chief of Air Staff, Sadique Abubakar and others have been dragged before a Federal High Court in Abuja over their alleged unlawful nominations for the 2023 general elections.

The court is being asked to disqualify the governor, ex-Chief of Air Staff and Senator Haliru Jika from participating in the 2023 governorship election in the state on the specific ground of alleged double nominations from their respective political parties.

The request forms part of the prayers being sought in three separate suits filed by the Peoples Redemption Party (PRP), through its lawyer, Chris Kelechi Udeoyibo.

In the suits marked: FHC/ABJ/CS/1302/2022; FHC/ABJ/CS/1303/2022 and FHC/ABJ/CS/1304/2022, the plaintiff claims that Mohammed, a former Minister of the Federal Capital Territory (FCT); Abubakar’s running mate, Shehu Musa; and Jika (the candidate of the New Nigeria Peoples Party – NNPP) violated the Electoral Act by allegedly engaging in double nomination.

In the suit marked: FHC/ABJ/CS/1302, with  Mohammed, the Independent National Electoral Commission (INEC) and the Peoples Democratic Party (PDP) as defendants, the plaintiff wants the court to void the candidacy of the former FCT Minister, who is the governorship candidate of the PDP and the  incumbent governor of Bauchi State in the 2023 election.

The PRP is contending that, having participated as a candidate in the May  28, 2022 presidential primary of the PDP and later as a candidate in the PDP’s governorship primary in Bauchi State on June 4, 2022, Mohammed is in violation of Section 177(c) of the Constitution as well as sections 84(13) and 115(d) of the Electoral Act 2022.

In a supporting affidavit, the PRP governorship candidate in Bauchi State, Ahmed Umar Farouk stated that having participated in both primaries, “during which he signed two nomination papers or result forms in respect of two different constituencies at the same time in breach of Section 177(c) of the Constitution as well as sections 84(13) and 115(d) of the Electoral Act 2022,  INEC should be restrained from allowing Mohammed and his party participate in the next governorship election in the state.

Farouk added that no law allows a candidate,  including Mohammed to sign two nomination papers or results forms for both presidential and governorship primaries, which are two constituencies, at the same time and in the same election period in the 2023 general elections.

The PRP candidate stated that he knew that “where a political party fails to comply with the provisions of relevant laws in the conduct of its primaries, its candidate for election shall not be included in the election for the particular position in issue.”

In the suit marked: FHC/ABJ/CS/1303, the PRP wants the court to disqualify Abubakar and Musa as the governorship and deputy governorship candidates of the All Progressives Congress (APC) in the next governorship election.

The PRP argued that Musa violated the Constitution and Electoral Act by allegedly participating in the House of Representatives primary held by the APC on May 28, 2022 which he won and subsequently, in the governorship primary held on June 4, 2022 where he became nominated as the deputy governorship candidate.

In the suit marked: FHC/ABJ/CS/1304, the PRP wants the court to among others, void the nomination of Jika (who currently represents Bauchi Central Senatorial District) on the grounds that he was not a valid member of the NNPP when he was nominated as the party’s governorship candidate.

Jika was said to have participated in the May 26 governorship primary of the APC in Bauchi State which was won by Abubakar, but later defected to the NNPP to pick the governorship ticket.

The PRP stated, in a supporting affidavit that since Jika was a registered member of the APC in the Kafin Madaki ward, Ganjuwa Local Government, Bauchi State as at when the APC held its primary, his name could not have been in the register of NNPP members, which the party is required to submit to INEC 30 days before its primary election.

The suits are yet to be assigned for hearing.