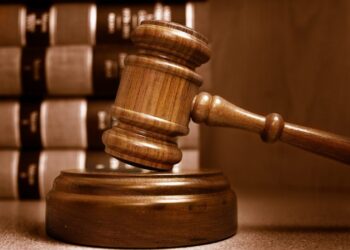 A High Court of the Federal Capital Territory (FCT), has been asked to disqualify Hon. Ezehi Igbas, candidate of the Labour Party (LP), for the Esan North East/ South East Federal Constituency of Edo State over alleged unlawful nomination.

The suit filed by an aggrieved member of the Labour Party, Comrade Obozua Jeffrey claimed that Igbas having emerged from an unlawful re-rerun primary election ought not to be on the ballot for the Esan North East/ South East Federal Constituency election slated for February 25, 2023.

The suit filed on behalf of the plaintiff by his lawyer, Mr Olufemi Balogun has the Independent National Electoral Commission (INEC), Labour Party and Hon Ezehi Igbas as 1st, 2nd and 3rd defendants respectively.

In an affidavit he personally deposed to in support of the suit marked: CV/25/8/2022, the claimant faulted the July 13 re-run of the Labour Party that produced Igbas as candidate of the party on the grounds that the party did not conduct a primary in the first instance.

According to him, the Labour Party in line with the directive of INEC announced sales of expression of interest and nomination forms for the said elective position but that “no aspirant purchased or submitted” any completed forms for the said position.

The deponent said he was shocked when the LP announced the 3rd defendant as its candidate for the February 25, 2023 House of Representatives election when there was no primary election earlier conduct for the said elective office.

He claimed that what was more shocking to him and others was the fact that Igbas had earlier contested the primary election of the People’s Democratic Party (PDP) for the State House of Assembly wherein he lost.

Among prayers sought from the court include; A declaration that the Esan South East/ North East Federal Constituency re-run of the LP held on July 13, is null and void haven not been conducted in compliance with the provisions of the law and hereby disqualified the LP from nominating the 3rd defendant for the House of Representatives election for February 25 next year.

Plaintiff further urged the court to declare that the conduct of a re-run election in the absence of primary election first been held rendered the re-run null and void and of no effect.

He also asked the court to declare that the conduct of the LP’s primary election outside the time given by INEC for the conduct of such primary is null and void and that the 3rf defedant who emerged from the said re-run election is not eligible or qualified to contest the February 25 House of Representatives election.

He therefore prayed the court for an order nullifying the nomination of Igbas as candidate of the LP for being unconstitutional, null and void.

Plaintiff also sought an order of injunction restraining INEC from recognizing Igbas as a candidate in the said election.

The matter comes up on Thursday August 4 in Court 41 of the FCT High Court in Maitama, Abuja.

How we went hungry and sick for months, by freed Uthman Dan Fodio university professor