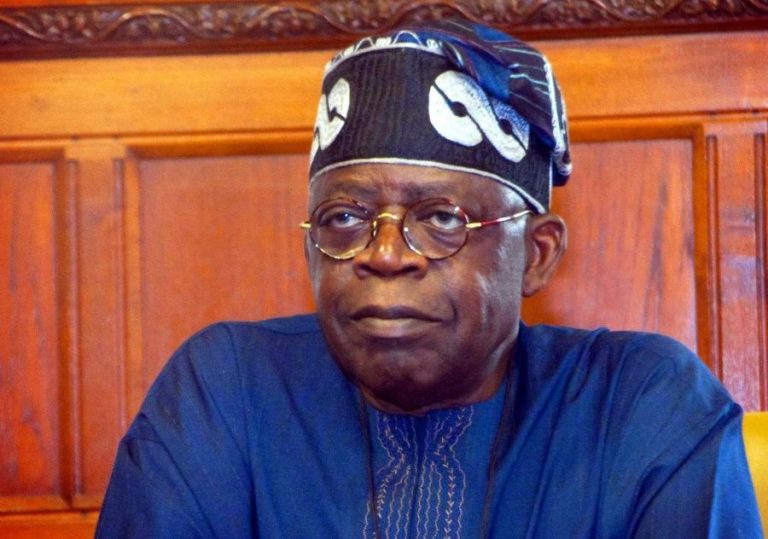 A Federal High Court in Abuja on Thursday fixed October 12 for hearing in a suit seeking disqualification of the All Progressives Congress (APC), Presidential candidate, Bola Ahmed Tinubu from 2023 election on alleged certificate Forgery.

Justice Obiora Egwuatu fixed the new date to enable parties in the suit complete filing of their processes and exchange same as required by law before the adjourned date.

Tinubu who is the major defendant in the alleged certificate forgery saga has however, engaged the services of a Senior Advocate of Nigeria, Mr Babatunde Ogala, to fortify his defense.

At Thursday’s proceedings, counsel to Action Alliance which instituted the suit, Mr Ukpai Ukairo, informed the court that he just received the Notice of Preliminary Objection from Tinubu asking the court not to entertain the case against him on various grounds.

Amongst the grounds, Tinubu claimed that the foundation for the certificate forgery suit against him was rooted in the 1999 electoral forms he submitted to the then electoral body..

He also claimed that the report of the Lagos State House of Assembly which probed him on the alleged certificate forgery is the main foundation of the fresh suit and hence, has become statute barred.

However, counsel to the Action Alliance, Ukairo informed the court that the claims of the former Lagos State Governor especially on the statute barred position would be adequately addressed in subsequent proceedings.

Ukairo told the Judge that Tinubu’s claims made orally by his counsel has to be made formally and served on him to enable him respond appropriately.

While the Independent National Electoral Commission INEC which is the 1sr defendant in the suit, sought for time to respond to the suit, the APC was not represented in court despite proof of service of the suit on it.

The Judge accordingly adjourned the matter till OOctober12, for parties to put their houses in order for proper hearing of the alleged certificate forgery suit.

Egwuatu in addition ordered the plaintiff to be ready to call its witnesses on the adjourned date so as to establish his case against Tinubu.

The Action Alliance (AA) had on June 21, asked a Federal High Court to restrain the Independent National Electoral Commission (INEC) from including the name of the All Progressives Congress (APC) in the ballot of the 2023 presidential election.

The plaintiff in the Writ of Summon marked: FHC/ABJ/CS/954/2022, predicated its request on the claim that both the APC and its presidential candidate, Bola Tinubu are not qualified to participate in the 2023 presidential election on alleged forgery committed by Tinubu in 1999.

The suit filed on behalf of the plaintiff by its lawyer, Mr Upkai Ukairo, claimed that Tinubu forged his university of Chicago certificate he submitted in 1999 in aid of his qualification for the 1999 governorship election in Lagos State, which was won by Tinubu.

The suit dated and filed on June 21, has the Independent National Electoral Commission, All Progressives Congress and Senator Bola Tinubu as 1st, 2nd and 3rd defendants respectively.

In a 16 paragraph statement on oath deposed by one Kalu Agu, the plaintiff submitted that “the 3rd defendant is a person who is not qualified for election to the office of President of Nigeria on the grounds of alleged forgery.

According to the deponent, the 3rd defendant had provided false information and attached forged documents in his form CF 001, he submitted to INEC in 1999 in aid of his qualification for the governorship poll.

The deponent stated that the claim of Tinubu that he possesses Bsc degrees in Economics and Business Administration from the University of Chicago and Chicago State University in 1976 and 1979 respectively were false. “The 3rd defendant knew he did not possess all the educational qualifications he listed in the said INEC form”, he added.

The deponent further claimed that the matter of false information by Tinubu was once reported to the Inspector General of Police and the Lagos State House of Assembly, wherein the latter set up a committee which in its report at page 2 said that, “The Governor of Lagos State stated his evidence by admitting full responsibility for some of the needless errors being pinpointed in recent publications and which formed the basis of the allegations against him”.

Plaintiff contends that arising from the above the 3rd defendant is not qualified for election into the office of President of Nigeria.

The party therefore prayed the court to declare that 3rd defendant’s claim that he attended Government College, Ibadan and University of Chicago on his INEC Form CF 001 in 1999 which he presented to INEC is false.

He also urged the court to further declare that the alleged false information on Tinubu’s INEC Form CF 001 about his BSc degree in Economics from the University of Chicago “is a forged certificate”.

Plaintiff said in view of Section 137(1)(j) of the 1999 Constitution, the court should declare that the 3rd defendant, “haven in 1999 presented a forged certificate to INEC….is not qualified to contest for the office of president”.

“A declaration that by virtue of Sections 224, 23 and 24 of the 1999Constitution and the Constitution of the APC, the office of the President of Nigeria is to be occupied by a man of integrity and impeccable character”’