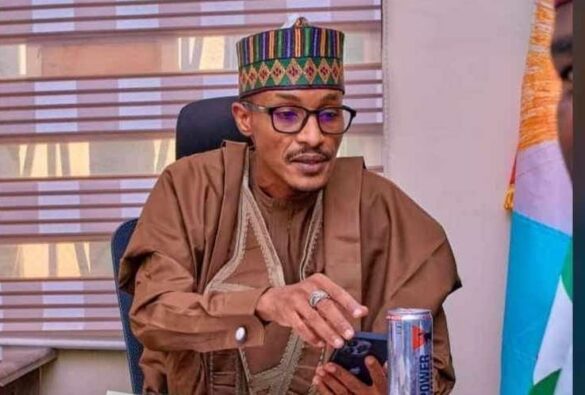 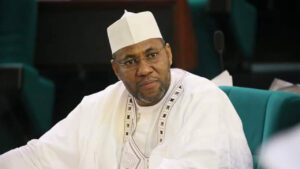 Channels Television reports that it gathered on Monday that the hoodlums first raided the residence of Mani Babba Kaita and kidnapped his wife.

In politics, three months after threatening to destroy the ruling All Progressives Congress (APC) after his defeat during the party’s House of Representative’s primary for the Daura Sandamu/Maiadua Constituency, President Muhammadu Buhari’s nephew,  Fatuhu Muhammad, has exited the party.

There are speculations that he has defected to the opposition Peoples Democratic Party (PDP), becoming the second after Senator Babba Kaita to dump the APC.

Mr Muhammad, whose father was Mr Buhari’s oldest brother, announced his exit from the APC in a letter addressed to the Sarkin Yara Ward APC chairman in Daura Local Government Area dated, 13 July 2022.

“This is to notify you that I have resigned my membership from the All Progressives Congress (APC) with immediate effect commencing from Wednesday the 13th day of July 2022. Attached herewith is my Party Membership Registration slip with slip No. KT/DRA/10/00002

“While I thank you and the Party for the opportunity given to me to serve the interest of the people of Daura-Sandamu-Mai’Adua Federal Constituency while working with the party, accept my best wishes please,” he said.

Though he did not mention if he was defecting to another party, his media aide, Ahmad Ganga, told PREMIUM TIMES that his principal met with the PDP’s presidential candidate, Atiku Abubakar, recently.

If it is confirmed that Mr Muhammadu has defected to the PDP as it is being speculated, it means Mr Buhari is being represented in both the House of Representatives and Senate by members of the main opposition party.

On Sunday morning, the Nigerian Air Force, in an air raid  killed the leader of a terrorist gang operating in Zamfara, Abdulkarimu Faca-Faca. Mr Faca-Faca’s two wives and eight top commanders were also killed in the raid.

The air raid was conducted around 3 a.m. Sunday at the ancestral home of the terrorist, Marina, a community in Safana Local Government in Katsina State.

PREMIUM TIMES exclusively gathered from a source at the Forward Operation Base (FOB) in Katsina that the air raid was conducted after officers received an intelligence report on the whereabouts of Mr Faca-Faca.

The FOB spokesman, Abdul Olaitan, did not respond to a questions sent to him about the raid, but the police spokesman in the state, Gambo Isa, confirmed that the home of the gang leader was bombed.

“Eight suspected terrorists including their leader Abdulkarim Faca-Faca were killed in yesterday’s NAF raids and this morning in the same area for mop-up operation, terrorists fled but all their rustled cows perished as many escaped with bullets wounds. Verify please,” Mr Isa said in a WhatsApp message.

Two residents of Safana told this newspaper that there were a series of air raids in the area. They said the raids have forced some residents of the area to abandon their homes for safety.

The source at the Forward Operation Base who spoke to PREMIUM TIMES said Mr Faca-Faca was one of the highly marked bandits in the area.

“He was of interest to us because of his notoriety. You know some of them only engage in cattle rustling or kidnapping but he did every crime. He was into cattle rustling, kidnapping, armed robbery and ruthless attacks,” said the source who asked not to be named as he has no permission to speak to journalists.

He said Mr Faca-Faca was notorious for threatening other bandits who accepted dialogue with the state government thereby making some of them renege for fear of being killed.

“We received two intelligence reports all confirming that he (Mr Faca-Faca) would be sleeping at home before our officers set out for the raid,” he said.

He said two helicopters and a jet were used for the air raid while another jet was sent for a mop-up around 10 a.m. on Sunday.

According to the officer, MI 17, Augusta helicopter and an Alpha jet were used to carry out the raids.

“This morning again (Sunday) around 10 a.m., we moved in for a mop-up and as expected, some of the bandits who were conducting a burial for their leader were killed too. I can’t tell you how many of them have died, they were many,” he said.

He added that two of the bandits’ leader wives who were with him in the house were also killed.

“We’ll only know the actual number later,” the source said.

A resident of Safana, Shamsu Masud, said the dead terrorist was notorious for leading attacks on communities in Safana, Danmusa, Batsari and some parts of Zamfara State.

He said Mr Faca-Faca was in the habit of threatening communities for providing intel to security personnel.

“Last year, he attacked one Mani Dogo, a repented bandit leader here in Safana. He said Mani Dogo was giving information to the police and the Katsina Government. It was a battle of weapons between them but Faca-Faca killed most of Mani Dogo’s boys. He (Mani) has not been seen since that time,” he said.

Asked if he had heard of the raid, Mr Masud said many bandits crossed into some parts of the town (Safana) Sunday morning while fleeing from the air strikes.

“We saw them on their motorbikes while some people said they saw bandits on their feet but I only saw those on motorcycles and they were not carrying guns,” he said.

On the political terrain, Buhari’s nephew had in June threatened to destroy the APC, alleging that he was cheated out of the primary election that produced Aminu Jamo as the party’s flagbearer.

In six-minute audio obtained by PREMIUM TIMES, the lawmaker was heard telling someone he referred to as Ranka ya dade, (meaning: Sir) that he would destroy APC in Katsina State.

He said he was not going to participate in a fresh election if the party decides to do one as he was the rightful winner of the primary election held last week.

“They can’t do any election (primary) because I won this one while they broke the law. They should just give me back my ticket, or we meet in court or else I destroy the party and bring a new one (party),” he said.

“I can even go and bring the party with fruits (NNPP) and they will just see the Kwankwaso party in Daura. Yes, I can do it because everyone is fighting for himself. They should come and tell the poor people what they have done for them. I’ll also say what I’ve done for the poor people and we’ll see who the (poor) will go for,” he said.