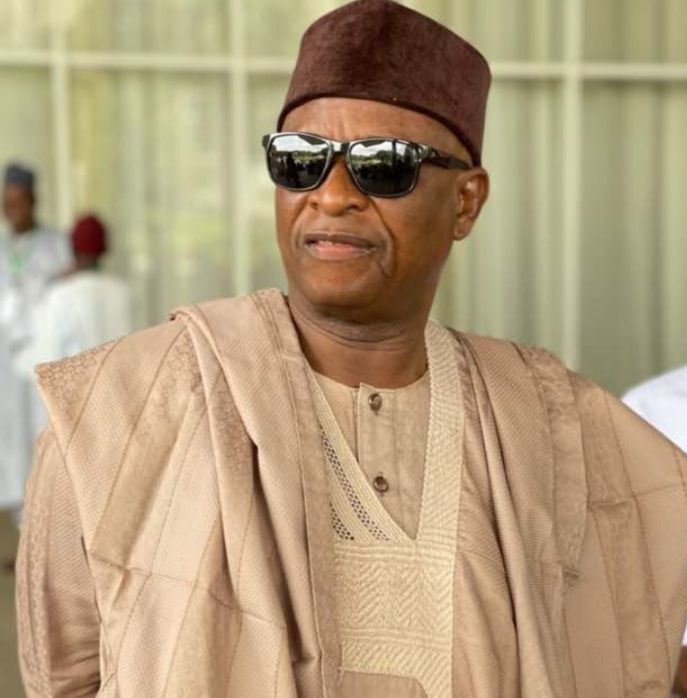 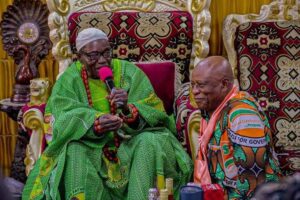 Above: Dr. Gbagi; Below: receiving royal blessings in Oleh

From a prominent traditional ruler in Delta state, His Royal Majesty (HRM) Anthony William Ovrawah Omagha I, the Odio Ologbo of Oleh Kingdom, has offered prayers for the gubernatorial aspirations of former minister of education and candidate of the Social Democratic Party (SDP), Dr. Kenneth Gbagi.

Last weekend, the ruler said, “May God give you victory. You will turn Delta around for joy. You came to me that you are in the race, your return shall be your victory at the polls. May God stand for you. The governorship seat that you are seeking for, may God give it to you.

“The prayers I am praying for you today, will work for you. God’s goodness and his love will get to your hands”, he prayed.

The monarch prophesied that Gbagi’s return to the palace, would be to inform him and the council of chiefs of his governorship victory.

He also eulogised Gbagi for his integrity.

“I know Gbagi, he does what he says. He should have been the governor many years ago when he indicated interest. Otherwise, I would have said, why so late but it is better late than never. This is the right time. Go and vote for him, the water you will drink will not be denied you.

“If there are people who say a thing and they do it, Gbagi is one of them and we are hearing the slogan, ‘SDP, progress’. The name SDP has been formed for progress.

“All of you that followed him here, your votes are important for him to win”, adding that Gbagi has the capacity to deliver on his electioneering promises.

The Royal father who played host to Gbagi and his entourage of party men and women in his palace in Isoko south local government area of the state.

The royal father who wondered why it took the politician so long to put himself forward for the position of State chief executive officer, being the largest private investor in the state.

However, he added, that it was better late than never, but implored his subjects and Delta indigenes to bring Gbagi’s ambition to fruition.

He described the former Minister as a son of the soil whose ambition is for the overall development of the state.