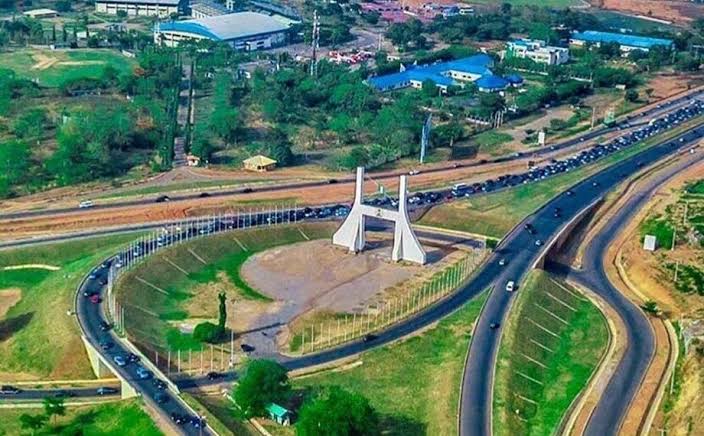 Protesters who took to the popular Umaru Musa Yar’adua Way (Airport Road) to protest the clampdown on commercial motorcyclist by security agents have been dispersed, Everyday.ng can now report.

The protesters had blocked the arterial road after the task force enforcing the ban on the cyclists seized motorbikes in the early morning operation in Gosa Community, a few kilometers from the airport.

On its social media platform, Crisis 24 advised motorists and residents to avoid the route.

“A protest reportedly broke out on the Airport Road, linking Abuja’s city center to Nnamdi Azikiwe International Airport (ABV) Aug. 8. Participants reportedly blocked the road at Centenary City, with placards and heavy stones. The reasons for the protest remain unclear.

“Local sources suggest the route is now clear, though a heightened security force presence and localised traffic disruptions remain likely in the vicinity. Clashes between police and protesters are possible at such events.

“Avoid the location as a precaution until the situation has clarified. Allow addition time for travel on parallel routes. Heed the instructions of local authorities.”

The Nigerian Bar Association (NBA), Abuja Branch, also cautioned its members to watch their movements over the disturbance.

This led to protests.  A statement then by the FCT Police Public Relations Officer, DSP Josephine Adeh said: “Following the ban of motorcycles in some parts of the FCT by the FCTA, the FCT Command having held several meetings with the various heads of motorcycle units across the Territory activated an enforcement exercise at the various Divisional and Area command AORs.

“Today 26th July 2022, motorcycles numbering about 20 were arrested by operatives of the Durumi Divisional Police Headquarters on an Enforcement round for violating the ban. The motorcycles were taken to the Division and subsequently handed over to the VIO for screening. Upon sighting the VIO at the Division, the errant motorcyclists in their numbers decided to obstruct the VIO from moving out of the station and started attacking the officers.

“The police swung into action, dispersing the violent motorcycles who took to the street to express their displeasure. No life was lost nor properties damaged. Normalcy has since been restored. The command urges members of the public not to panic, and to go about their lawful business while monitoring of the area and surveillance continues”.