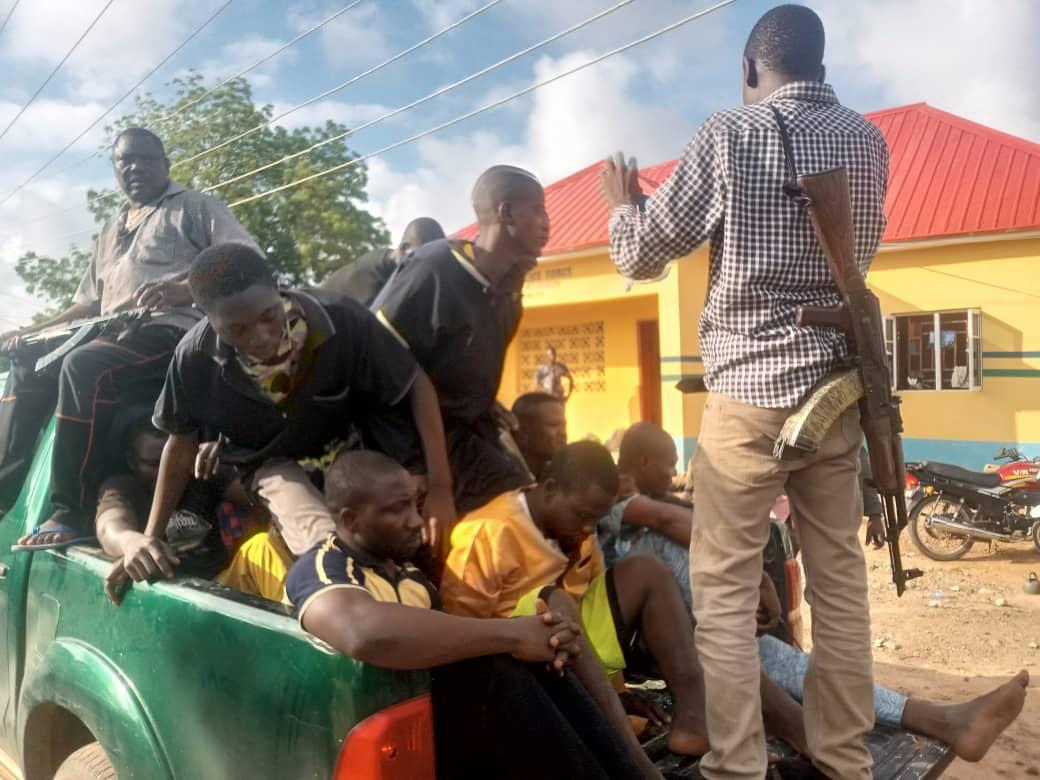 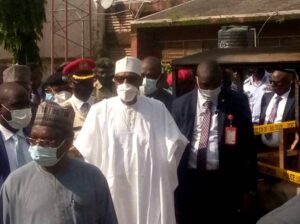 A gripping wave of horror and panic traversed the federal capital territory (FCT) on July 5 when unknown gunmen attacked the Kuje correctional facility for more than two hours without any obstruction from security agents.

Residents of the FCT and, in fact, Nigerians at large woke up the next day with the shocking news that 64 Boko Haram members were part of the over 900 inmates that broke out of the prison.

It became more depressing when the Islamic State in West Africa Province (ISWAP) claimed responsibility for the attack.

On July 8, the federal government released the names and photos of the fleeing inmates.

Meanwhile, the Kuje incident is just the latest of the series of jailbreaks that have happened under President Muhammadu Buhari’s watch.

In 2021, TheCable reported how thousands of inmates escaped from different prisons across the country in four years of Buhari’s administration.

In this report, we examine the jailbreaks that have happened in the last 7 years of this administration.

Two inmates, Lucky Sama and Balogun Idiom Joseph escaped the Enugu maximum security prison through the ceiling of a catholic church located in the centre.

According to Emeka Monday, the Enugu police spokesperson, the two inmates were convicted for two calendar years for stealing.

Thirty-six prisoners escaped from the facility in a well-coordinated operation by the inmates.

The inmates attacked the kitchen staff that were on duty and broke loose. The incident led to the death of four other inmates.

The attack resulted in the escape of 210 inmates from the facility.

About 122 inmates fled the Koton Karfe correctional centre after a section of the facility was overrun by flood following a downpour in the town.

However, the service said 25 of the fleeing inmates were recaptured.

Lazarus Ogbee, lawmaker representing Ikwo/Ezza south federal constituency in Ebonyi, described the incident as embarrassing and “first of its kind in the world.”

About 1,993 inmates escaped from custody in the jailbreaks that happened in Benin and Oko, Edo state.

This jail break occurred shortly after hoodlums attacked the prisons during the #EndSARS protest in the state.

The train of violent attacks during the #EndSARS protests touched down in Okitipupa, Ondo state as hoodlums broke into the NCoS facility in the town.

The hoodlums were said to have pulled down the fence of the facility and set prisoners free.

Fifty-eight inmates were released during the attack.

The correctional centre and the police command headquarters in Owerri were attacked consecutively.

The police had alleged that the invasion was carried out by the Eastern Security Network, an outfit of the proscribed Indigenous People of Biafra (IPOB).

In the wee hours of July 8, four suspects, who were awaiting trial over kidnapping and armed robbery, escaped the Jos custodial centre.

Samuel Aguda, the controller-in-charge of the command, blamed the incident on the negligence of the personnel on duty.

Two security operatives were killed in an attack by gunmen on Kabba Correctional Centre in Kogi state.

The gunmen were said to have attacked a military checkpoint located a few metres away from the centre before helping 240 inmates escape incarceration.

According to Olarenwaju Anjorin, the spokesperson of the NCS, gunmen with sophisticated weapons attacked the Abolongo custodial centre in the state.

The attackers, who reportedly caught the warders unawares, used hand grenades to gain access into the prison.

The attack resulted in the escape of 837 inmates. A few days after the incident, Anjorin said 262 inmates were recaptured, while 575 were at large.

About 262 inmates escaped the correctional centre after gunmen invaded the facility.

The NCoS said 10 of them were captured, nine killed, while 252 inmates were at large.

After a heavy downpour on May 13 which resulted in the fall of the northern perimeter wall of the prison, three inmates took to their heels and escaped the prison.

Following the incident, correctional guards, army and police officials were deployed to bring back the inmates.

The Kuje prison attack in the heart of the nation’s capital and seat of power is the latest and seems to be the most daring of the attacks on the nations prisons.

▪︎ Report by The Cable

The FCT Minister’s Battle against Roasted Fish, Beer and Women