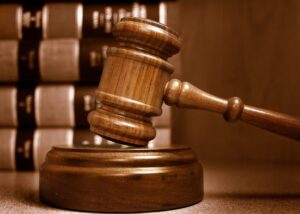 The court based its decision on the fact that NECO sacked the staff while the matter was before it.

The reinstated staff, Mr. Charles Berje and Dr. Anthonia Utoh, through their counsel, Barrister Job Okebe in a motion had prayed the court for an order of reinstatement.

He had also prayed the court for an order of mandatory injunction restraining the defendant from taking any further steps in the matter, pending determination of the substantive suit.

The claimants were in court asking the court to restrain the defendants from dismissing them and all the parties were joined in issues, yet the defendant went ahead to terminate the employment of the 1st Claimant and dismissed the 2nd Claimant.

The trial judge held that in law since  the matter is in court none of the parties is expected to take any further action or decision that would jeopardize the court process.

She held  that once parties submit themselves to the jurisdiction of the court as they have done in this case, none of them should be allowed to do anything that may foist on the court a situation of hopelessness.

Justice Awune states that  the action of the  defendant showed a clear disrespect for  the court having gone ahead to dismiss the staff while the matter is still pending in court.

Recall that the court had in its earlier  judgement delivered on February 25, 2022 ordered the defendants to strictly comply with the public service rules by giving equal and fair opportunities to all eligible and qualified staff of the Council, including the claimants, in the suit marked, NICN/MN/06/2021 to participate in the examination exercise.

The court had also in its judgement set aside the said promotion examination, which was held without the names of the claimants, who were eligible for the examination but were unlawfully excluded.

However, while the substantive suit was in the process the defendant went ahead and terminated the appointment of the 1st & 2nd claimants on the ground of having absconded from their duty.

In Tuesday’s ruling the trial judge  ordered the defendant (NECO) to reinstate the claimants and warned against undermining the authority of the court.

Meanwhile the main suit has adjourned to October 24 for hearing.

CAN calls for investigation of pastor who kept members underground, abducted priest released