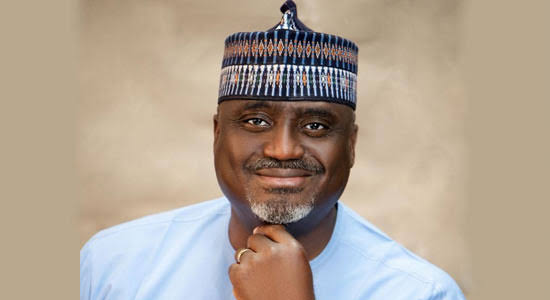 The story is told of a former governor of a state in North-Central Nigeria who approached his friend, a Senior Advocate of Nigeria (SAN), for advice on a very pressing matter. The governor wanted this senior lawyer to advise him on whom among the candidates running to be president of the Nigerian Bar Association (NBA), the then ruling party should support. Mind you, the governor was not a member of the NBA nor was his party led by one. Somewhat perplexed, the lawyer asked the governor what his interest was in an association in which he was not a member. Without breaking a stride, the Governor is reported to have responded: “don’t you know that the NBA is too important to be left alone?”

To be eligible to vote in the NBA election, a member must belong to one of the Association’s 125 branches and must have paid their annual Bar Practising Fees (BPF) not later than 31 March in the election year. In 2022, 59,388 people met this threshold. Balloting was digital, supervised by an Electoral Committee (ECNBA), led by Ayodele Akintunde SAN. 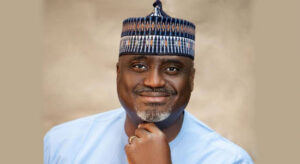 This biennial ritual in which the NBA elects its national leadership holds the attention of the country for good reason. The NBA is the largest professional association in the country (if not necessarily the oldest). It also packs a weight in both power and dysfunction way beyond the number of its voting members. When it works, the NBA is an exemplar and when it fails to do so, it is a drag on the country. Among the highlights from this latest round, there are five takeaways.

Universal Suffrage at the Bar is here to stay

Since 1998, the NBA has elected 14 presidents, all but four by indirect suffrage through delegates. The Association only returned with some reluctance to the system of one lawyer one vote in 2016. Ahead of the latest ballot, Jibrin Okutepa, SAN, advocated that voting should return to the indirect system of delegates, blaming what he calls “indiscipline at the bar” on “so-called universal suffrage.” He cites no evidence to support such over-heated ante-diluvianism.

Fact is the votes that now decide who gets to lead the NBA are in the devices of young lawyers and many senior lawyers of the kind who may wish to lead the Association feel somewhat affronted at the idea of going to juniors to hustle for votes. This is precisely the appeal of One-Lawyer-One-Vote (OLOV). Any senior lawyer who lacks the humility to inspire the younger ones is probably undeserving of the high trust that leadership demands. Although it will not die entirely, the sentiment that seeks a return to the old days of the delegate system no longer commands serious attention. OLOV is here to stay.

There is no alternative to digital balloting

The introduction of digital balloting did not, however, necessarily end the scandals. The 2016 ballot ended up in court over claims of serious “electoral infractions” and two lawyers are currently being prosecuted on allegations of having corrupted data in order to rig the 2018 elections. Predictably, skepticism about the integrity of digital balloting remains high in the NBA.

Three things have changed the landscape, however. First, the COVID-19 pandemic has somewhat normalized digital balloting for elections on the scale of the NBA and enhanced the technology solutions available for them. Second, the number of voters involved far outstrips the capacity of any venue in the country. Even if such a venue could be found, third, the insecurity crisis around Nigeria now makes it impossible to contemplate the kind of election jamborees that the NBA was famous for, where delegates from all over the country converged in one location.

The NBA must turn the page on its analogue cultures

In just six years, the number of voters participating in NBA’s elections has grown from 6,932 to 34,809, an increase of 27,877 or over 400%. Over the same period, the number of persons who paid their BPF equally grew about five-fold from about 12,000 to over 61,000. One upshot from this is growth in the NBA’s revenues, which promotes both its independence and its capacity to deliver services to members.

But deep suspicions remain in the NBA about the digital ecosystem. Many lawyers remain afraid of and others simply are unwilling to educate themselves about it. Tales of digital rigging of the NBA elections can sound like a mish-mash of Africa Magic and Sci-Fi. Staple fantasies about bots marauding inside “back-ends” or voting platforms altering votes reflect wide-spread illiteracy at the Nigerian Bar about how Cloud voting solutions work.

This is evidence of an analogue culture that is overdue for transformation. Underlying this culture is the NBA’s historically cavalier attitude to data management, which is how the rigging of #NBADecides2018 happened. The rigging in 2018 resulted from compromising the integrity of the NBA’s data and not from inserting anything into the “back-end”. The in-coming leadership of the NBA must build on the sound foundations laid by the current leadership of the Association.

An NBA President with well founded legitimacy is a good thing

Leadership contests in Nigeria invariably end up in court where lawyers and judges ultimately determine the winners and losers. In such a democracy by court order, the idea that lawyers can rig their leadership elections, is not merely bad for the Association, it is very bad for the country because the poverty of electoral values at the bar sooner or later becomes normalized for the country. A Bar leadership devoid of legitimacy cannot advocate for credible elections, as was the case with the compromised leadership of the NBA in Nigeria’s 2019 general elections. This is why an NBA president with well-founded legitimacy is a public good.

The ECNBA must rein in run-away campaign costs

Despite largely positive reviews that have trailed #NBADecides2022, serious areas of work remain. Perhaps the biggest issue is the cost of campaigns. In 2014, it was said that “money spoke very loudly. By some estimates, the NBA’s 2014 elections were the first in which campaign expenditure easily crossed the One billion Naira mark.” In 2022, the cost of a successful campaign for the presidency of the NBA is rumoured to have easily edged over the N2 billion mark.

Legitimate questions may be asked as to the sources of such sums and as to why they are needed to buy what is supposed to be a platform for service.

When the Association adopted electoral reforms in 2016, the goal was to significantly reduce campaign costs and level the money field. Over the years since then, however, including in 2022, the ECNBA has been shy of enforcing the ground rules for campaigning, turning the contest for leadership at the Bar into a monied ordeal. Infractions have attracted neither attention nor consequences.

This atmosphere of campaign impunity has to end. To do that, the ECNBA in 2024 can require all candidates and support groups within the Bar to designate and maintain campaign accounts which will be liable to inspection and audit. That would be a beginning.

▪︎Odinkalu, a lawyer and a teacher, is a member of the ECNBA. He can be reached at chidi.odinkalu@tufts.edu.

Worrying govt silence over flogging of train captives, threat to life of President

Governor Abubakar Sani Bello: The man of the year awardee and the...

ASUU: How to End Degrading Regime of Annual Strikes