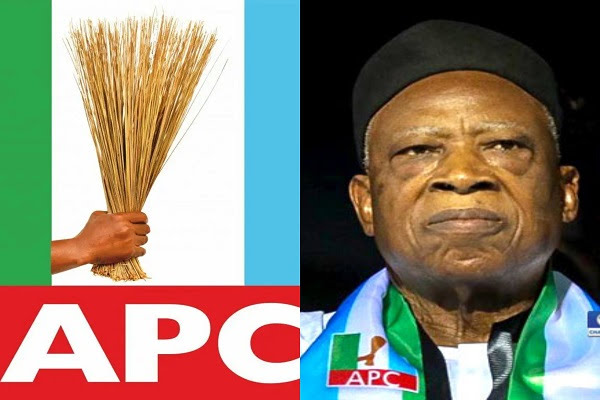 Stakeholders in the All Progressive Congress (APC) in Benue South have bemoaned the high spate of court cases trailing the conduct of the primary election that produced the party’s governorship candidate for the 2023 election Rev, Father Hyacinth Alia.

The stakeholders have however canvassed for quick intervention of the National Chairman of the party, Senator Abdullah Adamu in the fresh crisis ravaging the party over the selection of Deputy Governorship candidate for the 2023 election.

The stakeholders on Sunday in a statement in Abuja warned that unless the Adamu-led National Leaders step into the dispute and amicably and objectively resolve the matter, the party might be heading for the rock in the coming election.

The grouse of the stakeholders arose from the alleged way the Idoma nation was denied the opportunity to produce the governorship candidate for the 2023 election.

The Idoma and Igede peoples had agitated for the governorship seat having been denied the opportunity in the state’s 47 years history.

However, the current crisis rocking the party arose on the alleged attempts being made to deny the Benue South Senatorial District the opportunity to recommend a candidate of their choice for the deputy governorship slot.

Rather than allowing the Idoma people to decide and recommend a suitable candidate, attempts are allegedly being made using two prominent Tiv indigenes, Senator Jack Tilley Gyado and Chief Simon Shango, to impose a former Minister of State for Niger Delta, Hon Sam Ode, whose mother is of the Tiv extraction, with the governorship candidate and the State Leader of the party, Senator George Akume.

The Stakeholders recalled that a similar scenario played out in the 2019 election during which APC lost woefully in Benue State.

The stakeholders, therefore, appealed to the APC national leaders to wade into the dispute  and stop those making the unpopular move to impose deputy governorship candidate to the detriment of the senatorial district.

They warned that the party might witness defections unless concerted efforts are made to stop injustice in the party.

Meanwhile, the APC elders in Benue South have denied a statement credited to “Committee of Wise Men” to the effect that Dr Sam Ode has been nominated as governorship running mate.

The statement signed by a former Senate President, Chief Ameh Ebute and 13 others read in part “The attention of the APC elders in Benue South Senatorial District has been drawn to a news item published online on 22nd July, 2022 by TheNigerian News, purporting the nomination of Dr. Sam Ode as the running mate to the governorship candidate of APC in Benue State, Rev. Fr. Hyacinth Alia. The news credited the purported nomination to a recommendation from the APC elders council referred to as ‘Committee of Wise Men’.

“With the mandate of the APC elders in Benue South senatorial district which slot it is to produce the deputy governorship candidate for the party, I wish to state as follows:

“That the APC elders in Benue South were never consulted by any one on the purported nomination of Dr. Sam Ode as running mate to the APC Governorship Candidate.

“That no elder of the party met under any Committee of Wise Men or APC Elders’ Council to have any discussion on the choice of running mate to the APC governorship candidate on 21st July, 2022 as claimed in the news.

“That APC Elders’ Council in Benue South senatorial district is yet to be constituted after its dissolution by the current state working committee of the party on assumption of office.

“That Chief John Ochoga is not the Chairman of any APC Elders’ Council in Benue South senatorial district as the Elders Council has not been constituted after its dissolution.

“That the purported nomination of Dr. Sam Ode as contained in the news is a deliberate attempt by mischief-makers to cause tension and disharmony in the party in order to undermine our victory in the coming election.

“That the APC Elders will have emergency meeting to address the ugly development, in order to prevent the repeat of the electoral misfortune suffered by our party in the state 2019”.

What will the next president give as a reward to the person who kills Goliath?

Video: The video of Queen Elizabeth II from birth to death

Kashim Shettima: Why I wore sneakers to NBA conference (+Video)

(Video) Is Nigeria the most hated & corrupt country in the world?

Video: How Nigerian claiming to be American embarrassed Aregbesola in public eatery

Let’s talk about IT! Men, their wives, and the losers

You can’t ignore the Igbo of Nigeria