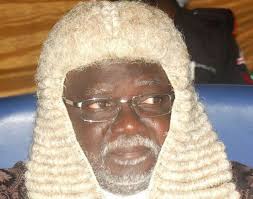 A National Industrial Court, Abuja on Frida ordered the Federal Government to put machinery in place for the immediate review of the salaries and allowances of the judicial officers in Nigeria.

Justice Osatohanmwen Obaseki-Osaghae who issued the order held that the current salaries and allowances of judicial officers in the country is not only abysmally low but embarrassing.

Delivering judgment in a suit instituted against the Federal Government by a Senior Advocate of Nigeria, Chief Sebastine Hon, Justice Obaseki-Osaghae ordered the Federal Government to commence a monthly payment of N10 million to the Chief Justice of Nigeria (CJN), N9 million to other justices of the apex court; President of Court of Appeal, N9 million while other justices of the appellate court N8 million; Chief Judges of both Federal and State HIgh Courts N8 million while judges of the Federal and State HIgh Courts N7 million.

The judge held that the refusal of the government to review the judicial officers salaries and allowances for 14 years was unconstitutional, unlawful and should be compelled to do the needful.

Justice Obaseki-Osaghae, lamented that it is unfortunate that justices and judges who are ministers in the temple of Justice have become victims of injustice in the country