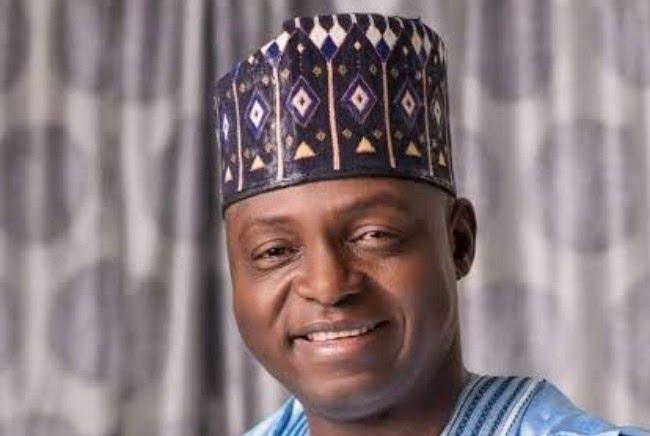 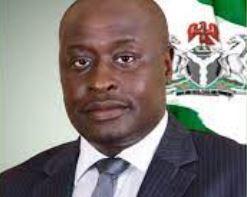 Like father, may be, like son. The embattled All Progressives Congress (APC) governorship candidate for next February general elections, Nentawe Yilwatda Goshwe, has named the son of a former deputy governor and serving Commissioner for Works, Hon Pam Bot-Mang, as his running mate.

Goshwe made his choice as a group, made up of some foundational members of the ruling All Progressives Congress (APC) on the aegis of Progressives Foundation Movement (PFM) has urged the national leadership of the party not to forward the name of Dr. Nentawe Yilwatda Goshwe as 2023 party’s governorship candidate for Plateau state.

In a statement on Wednesday in Abuja and signed on behalf of others by Mr. Jacob Gyang, Elder Victor Useni and Musa Ardo, called on the APC national chairman, Senator Abdullahi Adamu, to summon an all important stakeholders meeting with all the aggrieved aspirants and stakeholders of the party in Plateau state to address “these very critical issues and allegations.

“Resist and rescind every form of pressure from Governor Lalong to forward the name of Dr. Nentawe whose authentic membership of our great Party remains in doubt to INEC as the commission’s deadline draws nearer.

“Pick someone from among the aggrieved aspirants who is more acceptable and popular and whose membership we are sure of as a substitute for Nentawe who is seen within and beyond our State as a stooge of the Lalong administration.
“This is more so considering the poor performance score-card of the incumbent administration in the State. Any wonder the Governor has literally relocated to Lagos State where he has been lobbying for the VP slot to Tinubu. For we can bet that the Party would fail if it banks on the Lalong-led government to retain power in 2023 amidst mounting oppositions.

“This is our position and that of all those we represent, numbering over 50, 000 members of our party across the three Senatorial zones of Plateau state.”

The group while referencing a June 15, 2022 petition made by a lawyer on behalf of some 17 delegates of the party during the May 26, 2022 governorship primaries in Plateau state, said some aggrieved aspirants for the party’s governorship ticket had staged a walk out at the venue of the party’s primary election, alleging that the exercise was conducted without an authentic delegates list among other irregularities, including non-adherence to laid down rules and Party’s procedures.

“First, it started with the issuance of a Press statement by the aggrieved aspirants, led by Dr. Patrick Dakums and signed by its Secretary, Dr Danyaro Sarpiya wherein they outlined some of the core irregularities and breaches of our Party’s rules, regulations and guidelines, including the new electoral Act. The complaints which some of us witnessed included but not limited to the fact that there was no delegates election in any ward in the State and that forms were paid and supplied by the Party but up to the period of the primary, there was no information about the delegates’ election.

“Secondly, we are aware that the aspirants were informed that the expired Party congress delegates will be adopted for the governorship primaries- a move they had sternly objected to as that was contrary to the provisions of both the electoral Act and our Party’s guidelines.

“They had also complained during the Press conference as we had also witnessed at the venue of the primaries that even the expired Adhoc delegates list continued to have alterations at the venue of the primaries and the final list was not made known to the aspirants to even campaign for votes. Next was for them to be later arranged to join the queue as delegates with tags even when such delegates from the Local Government Areas of the aspirants were not known to them and the rest of us who have been foundational members of the party.

“We are aware also that it was further their (the aggrieved aspirants) complaint that the venue of the primary election was taken over by government officials, local government chairmen and government appointees who were not delegates, adding that they were more in number in the hall than the actual delegates.

“This movement is also in the know that an appeal had been launched to the Appeal Committee of the Party by these aspirants for redress over the alleged anomalies but we have waited without any concrete steps to nullify the illegality called primaries in our dear State, hence this public demand through this release.

“For us as foundational elders and leaders of APC in our various rights, wisdom and positions, we cannot sit down and watch the Governor, Simon Lalong waste the labours we have put in to build and unify the party to retain power in 2023 by derailing and misleading the Party’s National leadership on the true state of affairs regarding the May 26, 2022 governorship primaries in the State.

“The memories of Rivers and Zamfara are still and ought to remain very fresh in the minds of sincere lovers of our Party- the APC and we do not want same to happen to us here in Plateau State.”

The statement further said despite receiving and acknowledging the various petitions sent to it by the aggrieved aspirants and their supporters either directly or through their lawyers, they were afraid the party may still want to forward the name of Nentawe to INEC, vowing that it will defy all moves to challenge such action in a court of law.

“For enduring peace to reign in our great Party however, we call on the National Chairman of to great Party, Senator Abdullahi Adamu who is an elder like us and whom our dearMrar. President, Muhammadu Buhari had earlierO use counseled that he should not sell the party’s tickets and souls to the highest bidders.”