Copyright 2021 - All Right Reserved
Home News Abuja bishop, son arrested over killing of lady, cutting her body into pieces, and dumping her in Abuja canal
News 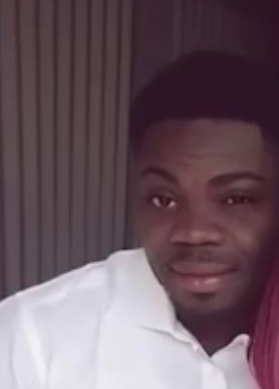 Two ministers of a church, a father and son – Bishop Amadi and Apostle Kelechi Amadi, of the Freedom Chapel International, Kubwa have been arrested by the Police over the killing, cutting to parts, and dumping of a lady simply identified as Anita, in a canal in Abuja.

There were other reports that the father was let out on bail last Saturday, but the son is still explaining his role in the dastardly murder of the lady about three weeks ago.

The social media is agog with the story, but the most reliable rendition appears to be one done by True Crime Daniel, a social media reporter.

The mutilated female corpse, was dumped under P.W Bridge, Kubwa, in the early hours of Monday, June 20.

According to reports, Police detectives arrested father and son after a tricycle rider reported that he conveyed the three sacks used in concealing the remains of the victim and those of animals.

The following morning scavengers, on their daily routine, tore the bags and found the remains. On finding out himself, the tricycle rider reported to his association (of commercial tricyclists) head and the police.

His civic act led to the arrest of both men.

Everyday.ng gathered many, including a woman in the household of both men, has sworn that she could vouch for the Bishop, but not the son.

Also, the son allegedly travelled to Ghana and a South-South State, and has been credited with boasting that he would soon become a person of reknown.

Said another minister conversant with the ugly incident: “This is what happens when some people want to attain heights they are not cut out for. They want to perform magic in the place of miracles. They want to build 100 million capacity auditorium because they heard someone has a 100,000 capacity-seater; they are not contented; they want to force themselves on us all and do all manner of things to get there. One by one they will be exposed and disgraced.”