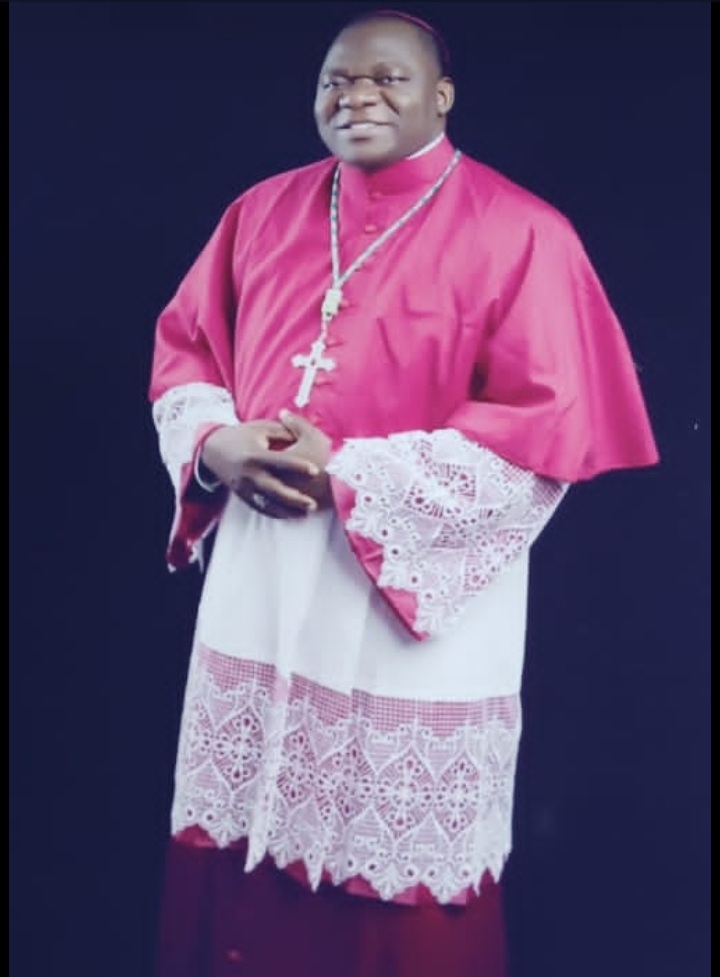 At least 28 Bishops are expected to attend the consecration of Monsignor Bakeni in Maiduguri on July 7th at the St Patrick’s Catholic Church Maiduguri.

Also expected are 200 priests, invited for the occasion with over 100 Rev. Sisters from within and outside the country who will line up to grace the occasion with countless laity in the 5000 capacity church auditoriun.

Chairman of the central planning committee Rev. father Donatus Tizhe disclosed that all is set for the occasion slated for the 7th of July with seven sub-committees working to ensure that the  2-day occasion is successful.

Donatus, a senior cleric in the church, disclosed that, among the committees, are the Episcopal, publicity, feeding, security, health, logistics and Entertainment.

“There would be a gala nite on the eve of the consecration at the Catholic Social Centre where the men of God and invited friends will be treated to music, dance drama and comedy.

“The Papa Nuncio will represent the Pope on the following day July 7th for the consecration session, which would take place at St Patrick’s where the Episcopal mandate will also be read for the Church to hear.

“I believe the ascension of the man of God will bring unity between Christians and Muslims in Borno, because we have invited both Governor Babagana Zulum, and the Shehu of Borno, Dr Abubakar Garbai, to the occasion.

“We expect the Chair of the Christian Association of Nigeria (CAN) and the entire leadership in the state to be there next week to pray and sanctify the occasion with us,” said father Donatus.

It was 12 April 2022 that father Bakeni actually transited from a Rev father to Monsignor. It was an official appointment made by Pope Francis himself and handed personally to him.

“Since then, preparations have been in top gear to consecrate him into the office,” said Donatus in a chat in his office at St Mary’s, where he is in charge.

“And for this reason  Bakeni had been in quiet retreat praying too for the success of the occasion,” said father Donatus.

A statement from St Patrick’s Church Maiduguri stated that: “the Holy Father has appointed Rev. Father John Bogna Bakeni, currently chaplain of the All Saints Catholic Chaplaincy of the University of Maiduguri, Auxiliary Bishop of the Diocese of Maiduguri (Nigeria), assigning him the titular see of Leptimino.

Msgr.John Bakeni was born on March 15, 1975 in Kiri, under the Diocese of Maiduguri where he had a humble beginning and started looking for his bearing in life.

Father Bakeni was ordained a priest on August 17, 2002, incardinating himself in the Diocese of Maiduguri from then on.

After his priestly ordination he was: “Parish Priest of St. Joseph’s and Director of the Catechetical Training Center in Kaya (2022-2007). ”

Dr Bakeni obtained a PhD in theology from the Pontifical University of St. Thomas Aquinas – Angelicum in Rome in 2012 and was appointed parish priest of St Joseph’s Catholic Church in the same year.

Since 2013 he has been: Parish Priest of St. Hilary in Polo; Administrator of the St. Joseph Cathedral Parish and Dean of Maiduguri.

Bakeni is equally a member of the College of Consultors, Secretary and Procurator of the Diocese of Maiduguri and President of the Commission for Interreligious Dialogue of the same Diocese.

From 2020 until now, Bakeni has also been chaplain of the All Saints Catholic Chaplaincy of the University of Maiduguri.