What an extreme longing as Iranian misses persecution 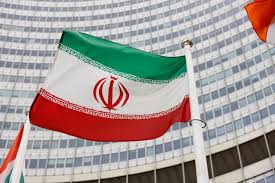 “Sometimes I miss those days of persecution!”

The words came from an Iranian pastor who had escaped to the West. In Iran, arrest and police harassment were common experiences. He had even lost his home and job because of his faith. Now he was free to live and worship wherever he wished. How could he long for the days of persecution?

“Sometimes I miss those days,” he said, “because I was so alive. I felt every day that Jesus was with me.”

The pastor had planted a church near the front lines of the Iran–Iraq war. He earned money by driving a taxi and grew his church by sharing Christ with his passengers. In two years, he had won souls from nine language groups. Many soldiers worshiped with them each week, and he had baptised fifteen unbelieving converts.

Their ministry was rewarded. Ten members of his church have gone on to become pastors. Even now, the pastor can see fruit from the time of ministry at the front lines.

If you’ve never been in love, you cannot understand what it is to be heartbroken. If you have never lost a loved one, you cannot truly relate to those who mourn. You cannot understand a longing for something you have never experienced. Those who have been persecuted for their faith describe a peculiar longing. They long not for the persecution as much as they long for the sense of fellowship their persecution brought them. They don’t miss the torture as much as they miss what the torture taught them. The end result far outweighs the suffering. If you want to experience a deeper walk with Jesus, you must be willing to obediently sacrifice for him. That is also a type of suffering.

For our light and momentary troubles are achieving for us an eternal glory that far outweighs them all. 2 Corinthians 4:17

▪︎ Adapted from a report by Voice of the Matyrs (VOM)