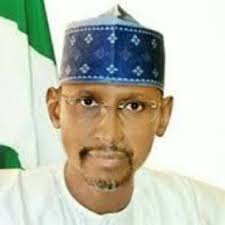 The Federal Capital Territory Administration (FCTA), said it would inaugurate the newly-elected  chairmen for the six area councils of the territory on Tuesday in compliance  with the order of the FCT High Court, Kubwa.

The FCTA Permanent Secretary, Mr Olusade Adesola, disclosed this when he addressed FCT youths who were protesting the delay of the inauguration on Friday in Abuja.

Adesola explained, ”The FCTA, at about 1400hrs of Friday, June 10, received the Certified True Copy of the new judgement of the FCT High Court delivered by Justice Ibrahim Mohammed in respect of the subject matter.

“The court has set aside its earlier judgement delivered on Friday, May 13, granting a one-year extension of the outgoing chairmen and councilors of the six FCT area councils due to lack of jurisdiction.

“The judgement effectively cleared the way for the swearing in of the newly elected chairmen,” he said.

He reiterated that as a law-abiding organisation, the FCTA would equally obey the new judgement, just as it had complied with the earlier one.

Adesola, therefore, said, ”the newly elected Chairmen, shall accordingly be inaugurated on Tuesday, June 14, 2022. Further details would be provided in due course.

“Residents are once again reminded that the FCT is a creation of law and all actions of the FCT Administration are guided by the rule of law and this case will not be an exception.

”The FCTA extends its appreciation to all stakeholders for their patience and support in this regard and enjoins all residents of the Territory to remain calm and law abiding in their daily activities.”

Earlier, some aggrieved FCT youths had barricaded the entrance of the FCTA Secretariat demanding the immediate inauguration of the area councils’ chairmen, in compliance with the court order.

Some members of staff of the Federal Capital Territory Administration, had on Friday regretted coming to work, as protesting FCT indigenes invaded the FCTA Secretariat premises in large numbers and stalled all activities.

The youths vowed to occupy the minister’s office until he swears in the chairmen-elect of the six councils in line with Thursday’s FCT High Court order.

All gates leading to the secretariat were closed, so were the various offices with the angry youths taking control of the entry and exit points, including that of the ministers

The confused looking members of staff who were trapped in their various offices were asked by the protesters to forget about returning home to their families.