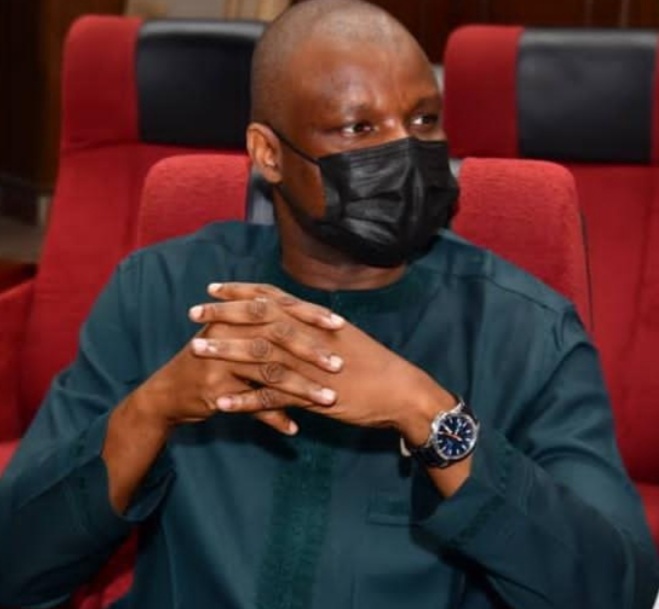 The sentencing followed their admitting to the criminal charges brought against them by the National Drug Law Enforcement Agency (NDLEA).

The two convicts, Chibunna Umeibe and Emeka Ezenwanne, who are 6th and 7th defendants, had on arraignment, pleaded guilty to the drug related charges.

The NDLEA had in March this year arraigned Kyari, four of his colleagues in the Inspector General of Police’s Special Intelligence Response Team and the two convicted persons on eight count criminal charges bordering on alleged involvement in cocaine trafficking.

However, the conviction and subsequent sentencing of the two convicts was delayed following claims by Kyari that it may affect his trial as well as others who pleaded not guilty to the charge.

Umeibe and Ezenwanne, were said to be drug traffickers, arrested at the Akanu Ibiam International Airport in Enugu by the Nigerian police and handed over to the NDLEA.

At Tuesday’s proceedings, NDLEA’s lawyer, Mr Sunday Joseph, told the court that two motions seeking for a plea bargain in respect of Umeibe and Ezenwanne had been filed.

Joseph said the motions, dated June 13, were filed on June 14.

Also, counsel to the other defendants, including Kyari, did not oppose the motions.

In his judgment, Justice Nwite, held that having admitted to committing the offence preferred against them on counts 5, 6 and 7, the two defendants “are hereby convicted accordingly.”

The judge also held that the sentences shall run concurrently, starting from the day the defendants were arrested by the NDLEA.

Meanwhile, the trial of Abba Kyari on the eight count criminal charges has been fixed for July 18, 19 and 20 by Justice Emeka Nwite.

At 50, CMDA Nigeria reaches out to Gosa residents of Abuja with free healthcare