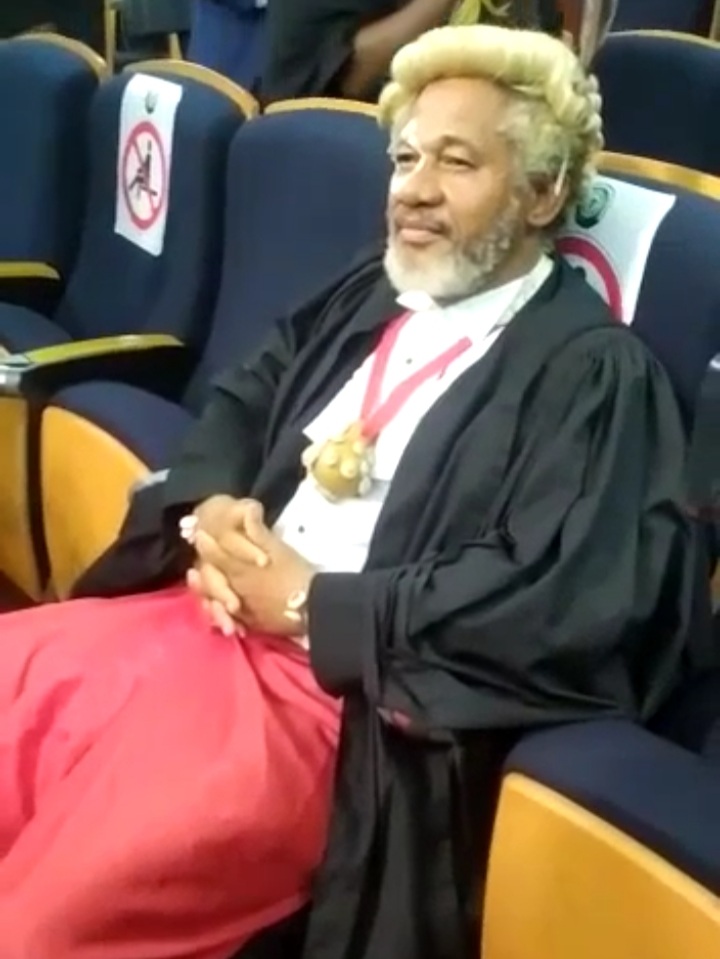 There was a drama of sorts in the Supreme Court as a lawyer, Chief Michael Omirhobo, came dressed on Thursday as a traditional religion worshipper, hiding under one of the court’s judgment that approved the wearing of hijab head covering for female Muslim students in Lagos State.

He became the cynosure of many eyes and cameras that clicked away and made videos of him, which went viral on social media.

As soon as the strangely dressed lawyer came in, according to reports, the justices looked at him, exchanged glances, and went on with apex court’s business

He was to justify his actions dressed and painted on his face on the Supreme Court’s judgment on wearing of hijab.