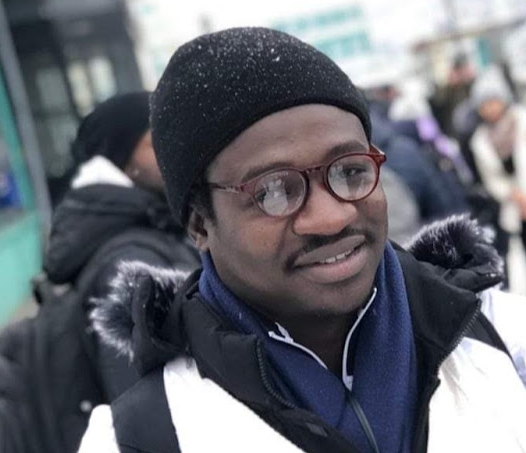 A Nigerian final year medical student at Irkutsk State Medical University (ISMU), Usman Yahaya, will be deported from Russia to Nigeria any moment from now, PRNigeria has learnt.

Yahaya, a Sokoto State-born medical student has been in detention in Russia, for over a month.

PRNigeria, had last week reported that Yahaya, a recipient of the Best African Medical Student award at the Russian Centre for Scientific Research, was first suspended by the medical university when the Sokoto government could not pay his overdue scholarship. 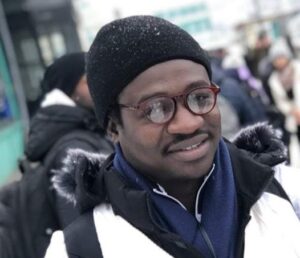 He was thereafter detained at a Russian immigration camp at Angarsk Irkutsk, by authorities of the European nation’s Immigration due to corrupt practices at Sokoto Scholarship Board.

Yahaya’s travail was allegedly orchestrated by a Director of Foreign Students at the Sokoto State Scholarship Board, … who had been ‘pilfering’ substantial amounts from Yahaya’s foreign bursary approved yearly by the Sokoto State Government, since 2016.

The student has appeared twice at a Russian State court and if eventually convicted, Yahaya may be expelled from ISMU, detained or even banned from entering Russia, in the nearest future.

PRNigeria learnt that Yahaya, was on Thursday morning (June 2, 2022), accompanied by a staff of IMSU University and a police officer to the Russian Immigration office to sign a document, alleged to be a deportation form.

Recall that the President of the Association of Nigerian Students in Europe (ANSE), Mr. Bashiru Muhammad, in a chat with PRNigeria last Sunday, called on Governor Aminu Waziri Tambuwal to intervene in the plight of Yahaya.

Muhammad who is a student at the Coventry University expressed worry that Governor Tambuwal’s unwavering support and kind gesture for Sokoto students abroad will be undermined if proactive steps are not taken to quickly rescue Yahaya.

The ANSE President has been liaising with officials of the Russian university and the Sokoto government towards resolving the issue.

Meanwhile, the Head of Transparency International in Nigeria, an anti-corruption body, Mallam Auwal Musa Rafsanjani has called for the probe of the officers behind Yahaya’s ongoing ordeal in Sokoto.

Rafsanjani who is also the Executive Director of the Civil Society Legislative Advocacy Centre (CISLAC), appealed to Governor Tambuwal to intervene in the plight of the student.

He urged anti-corruption agencies to probe the allegation of bribery and corrupt practices at the Sokoto Scholarship Board.

“This is very unfortunate that the bright final year medical student in the finest medical university in Russia and from Sokoto is facing this painful dilemma when we are aware how our elites value the education of their children in the most expensive schools abroad.

“While we appeal to Governor Tambuwal of Sokoto, a state that has a shortage of qualified medical practitioners to intervene in the plight of poor students, we call on the EFCC and ICPC to investigate the corrupt practices at Sokoto Scholarship Board,” Rafsanjani said.

However, PRNigeria gathered that officials of the Sokoto State Government have allegedly been frustrating the intervention efforts of Tambuwal.

When contacted, Mallam. Isah Galadanchi, the Sokoto State Information Commissioner, told PRNigeria that Yahaya personally sought a transfer from a Sudanese University in Khartoum to Russia in 2014 without adequate guidance from the scholarship board.

He, however, said: “The Governor is in Abuja now. But I can assure you that we will meet with him whenever he returns, and plead with him to intervene in Yahaya’s case, on compassionate grounds.”