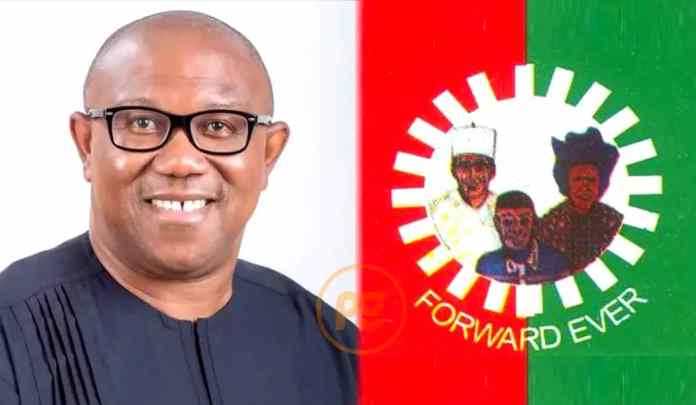 Mr. Peter Obi, the Labour Party candidate has opted for one to react to allegations of being an ethno-religious bigot.

In a statement released on Thursday morning and signed by his Media Adviser, Valentine Obienyem, and titled, “Re: No Known Ethno Religious Bigot should be elected to Preside over a Diverse Country like Nigeria”, the statement  condemned the campaign of calumny by some  groups.

“Is it by coincidence that it came when we were reliably informed that some political parties have charged their political office holders to hire people to relentlessly attack Obi with falsehoods on all available social media platforms?”, the statement asked.

The statement reads: “The false writer said that after the killing of Northerners on the 21st and 22nd of March, 2006, before Mr. Peter Obi became the Governor, that his reaction came in the form of a statement, namely: “you people should tell your people to stop killing our people in the North.

“This is complete falsehood. If Obi made that statement, it would have been lavishly published by the media. Would the author show us the link where the statement was published?

“Though the disturbances in the State happened before Obi took over, one of his first acts was to visit the Onitsha Army Barracks, Mr Peter Obi thereafter,  together with National Emergency Management Agency provided relief materials.

“He also took far reaching actions that fostered unity among all those living in the state to prevent such happening again. As you read, you will see some of those actions.

“The writer said Obi ejected northerners from some markets they had occupied since 1974. The writer went on to say that when the crisis was going on, that the Northerners petitioned the office of the Sultan who sent Emirs of Suleja and Etsu of Nupe to mediate. They said the negotiations were unfruitful because Obi refused to provide an alternative.

“During the administration of Fmr Governor Obi, Upper Iweka was an eye sore. Traders from all tribes were trading on the road, such that over 50% of the road space was occupied by these traders.

“Obi appealed to the traders to move backwards since he also planned to expand the road to eight lanes. Because some of them would not be accommodated if they moved to the rightful positions, Obi entered into negotiations and agreed to relocate them to various places.

“Famous transport companies like The Young Shall Grow, Mic Merah, Chisco, Ekeson, GMO Company were all affected. Goat sellers, comprising mostly Hausa and Igbos, were relocated to Umunya, with Police Post provided for them.

“The Sultan came to the state at that time on the invitation of Obi. He took the opportunity of the visit to mediate on grey areas. Rather than report what happened, the false writer quoted Obi as having said: “you people are foreigners here therefore you have no right on our land.” Could they show us the link of the saying as published then?

“Thirdly, the false writer said that “during the anniversary of creation of Anambra state, towards the end of Peter Obi’s administration, we were invited by the organizers of the program, an Igbo lady who resides in the North, while making a point on fostering unity among Nigerians, she suggested that an exchange program should be established where young people from the state should be send to Kano in exchange of Kano young vocational trainees, Peter Obi quickly took over the microphone and said that there was no comparison between the North and the East talk more of sharing skills and knowledge.

“He also added that such comparison is like asking China to come to Nigeria to learn manufacturing business. He made this assertion in public. I could remember it was the then Governor of Rivers state, Chief Rotimi Amaechi that chaired the occasion.”

“Absolute lies! This event did not even take place at all. The INTERNET never forgets. Could the writer show us the link were the event was published?

“The false writer said Obi requested the DSS to remove an Hausa trader near his house. He wrote that the Hausa man was invited by an Igbo Bar man to attract more customers. The truth is that there were no bar man at all. The person that was removed by the Estate Security on their own was a woman selling articles like biscuit because she also supplied drugs to bad boys. As I write, the Suya Seller is still there.

“Lastly, the false writer said that Mr. Peter Obi “equally deported people of Northern extraction back to Kaduna during his tenure as governor of Anambra state.”

“This is obviously a calculated attempt to pitch Mr. Peter Obi against the North. What Obi did in Anambra State was to send back underaged beggars to their states, citing child abuse.

“When a real deportation by the then Governor of Lagos took place, Obi fought against it, saying that every adult Nigerian’s right to reside wherever he desired should be respected. A single search on Google will show you the truth.

“Obi is very competent to become the President of Nigeria. Unfortunately, it is the incompetent ones that always appeal to tribalism to hide their incompetence.

“A sedulous enquirer would discover that as Governor, Obi celebrated Sallah with the Muslim community that visited him as a routine. He also routinely sponsored Muslim faithful on pilgrimage to Mecca.

“All the Police Commissioners that served in Anambra State when Obi was the Governor came from other parts of the country.

“Obi, facing security challenges was actually the one that requested them based on their competencies. They are John Haruna from Taraba State, Amusa  Bello from Kwara State, Philemon Leha from  Adamawa State, Muhtari Ibrahim from Kano State, Balla Nassarawa from Kebbi State, and Usman Gwary from Adamawa State. Were they the people he used to deport Northerners?

“As the Governor of Anambra State, Obi’s ADC, who is very close to him till today was Mohammed Idris from Kano State, while his Orderly was Anthony Manya from Taraba State.

“Obi is desirous of becoming the President and he has been going around telling people the problems of the country and how he hopes to solve them. He expects other contestants to do the same rather than sponsoring falsehoods to pitch him against the people. During his tour of the North, Obi, for example, made it clear that expanse of land in the North for agricultural purposes is a great gift to Nigeria, which if properly managed, would be able to feed the nation and for export.”