Osinbajo extols interfaith collaboration in Kuje as a national model 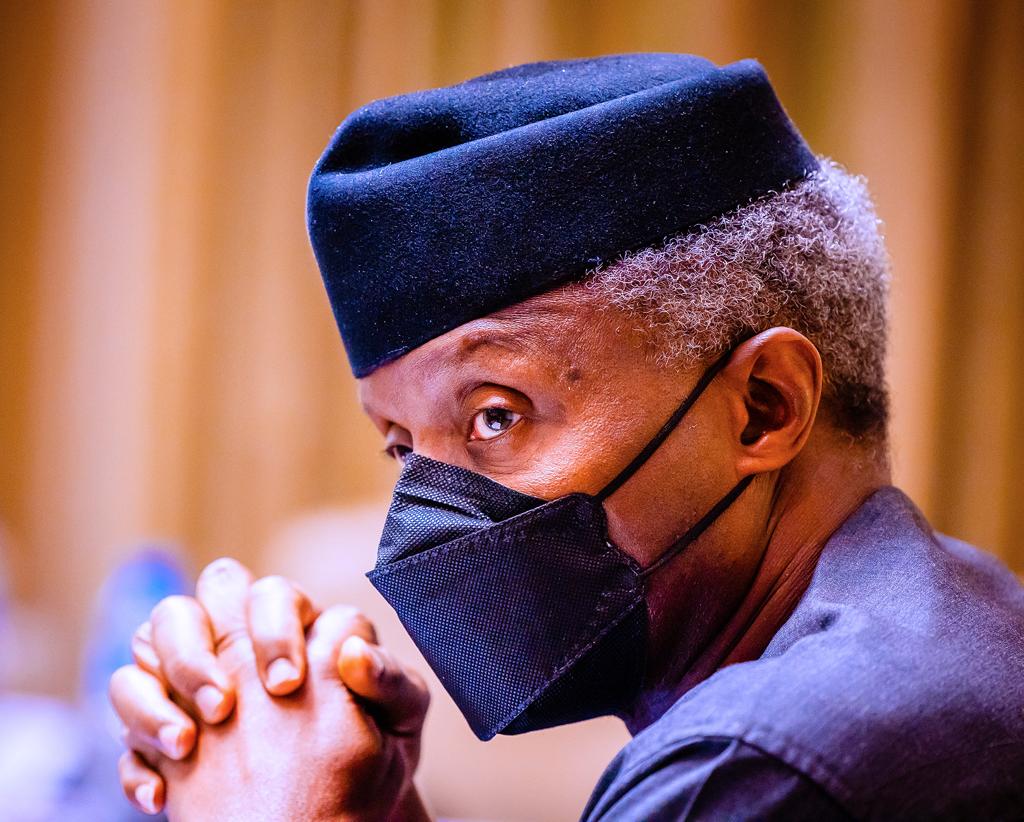 OSINBAJO EXTOLS INTERFAITH COLLABORATION IN KUJE AS A NATIONAL MODEL

The cooperation and collaboration among people of different ethnic groups and faiths in Kuje, a suburb of the Federal Capital Territory (FCT), is a model for the rest of the country, according to Vice President Yemi Osinbajo, SAN.

Prof. Osinbajo stated this Wednesday when he received a delegation from the Kuje Interfaith Community at the Presidential Villa led by the Senior Pastor of the Kings Palace Church International, Rev. Sam Ogbodo.

During the meeting, the VP received a presentation on the challenges facing people of the area, including issues of health, education, sanitation and infrastructure.

Visibly impressed, he said “one of the major issues that our country has to face is unity of our people – unity of the ethnic groups and unity of the faiths also, so that we are able to make real progress in the various respects that out country needs to make progress.” 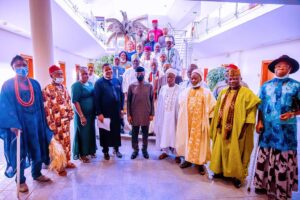 Continuing, Prof. Osinbajo said “one of the fault lines that we have is religious divisions and the tensions that are created when religious leaders do not act responsibly enough in bringing together men and women of different faith.

Commending the leader of the delegation, and founder of the Kings Palace Church International, Rev Sam Ogbodo, for uniting the people in the area, the VP said “you have identified the social and economic issues that concern the people in Kuje and these people are Christians, Muslims and some who do not even believe in God or who even say there is no God, but they are Nigerian citizens; they have every right to every one of the provisions, services and opportunities that the Nigerian nation offers anyone else.

“And I think it is so heartwarming to note how you have seen that as a primary objective, and how you are doing everything that you can to make sure that we focus on what is important for the people.”

Speaking further, the Vice President said “everyone has a right to their faith; constitutionally, there is freedom of worship, but it is leadership that must deliver on the most important thing; government must deliver on services, development issues.

“Development and civic leaders like yourself must bring this to the attention of government, as you are doing, and must champion these causes on behalf of the people. And I think that this is a real model for the rest of the country to follow.”

The Vice President noted that some of the issues raised by the delegation are already being addressed, but emphasized the need for constant engagement between the people and relevant authorities.

He said: “what might be important is continuous engagement; your being able to reach out to the authorities to know exactly what is going on so that people can be informed properly and timeously about the issues.”

Earlier in his presentation, Rev. Ogbodo commended the efforts of the Vice President in championing the cause of poor Nigerians, especially in the implementation of government and non-government programmes and policies.

While thanking the VP for the visit to the area in 2021, Rev Ogbodo appealed to the Federal Government to expedite action in dualization of the Kuje-Airport road; as well as the completion of other ongoing projects and the provision of potable water in the area.

Other dignitaries at the meeting included the Executive Secretary of the Federal Capital Development Authority (FCDA), Shehu Hadi Ahmad; representative of the Gomo of Kuje, Alhaji Mohammed Bala; and representatives of different ethnic groups and faith in the area.

▪︎ By Laolu Akande, Senior Special Assistant to the President on Media & Publicity
*Office of the Vice President*
*29th June 2022*