Copyright 2021 - All Right Reserved
Home News No, we have not extended registration, says INEC, but…
News

No, we have not extended registration, says INEC, but… 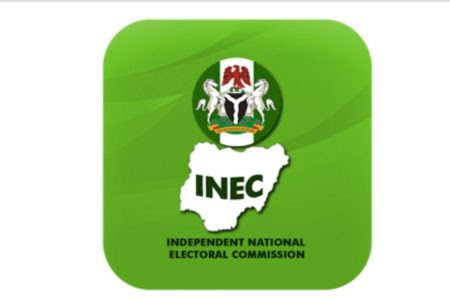 Okoye was quoted as having told The Punch newspaper that while INEC maintains its stand, the commission will be going to court to give its position on June 29 in respect of the earlier injunction by the Federal High Court in Abuja.

His words: “There is a court order to ensure we do not stop registration this month. The injunction is what is subsisting. But as I said earlier, the commission has not extended voter registration for a day.

“We will be going to court on the 29th of this month to explain our stand on the June 30 deadline. But as of now, the commission has not extended registration but will only respect the court order.”

Earlier on Wednesday, the Chair of the House of Representatives Committee on Electoral Matters, Aishatu Jibril Dukku, had told her colleagues that the Independent National Electoral Commission (INEC) has agreed to extend the ongoing continuous voter registration (CVR) exercise by 60 days.

Dukku disclosed the now debunked development while briefing her colleagues at plenary on the committee’s efforts to ensure the implementation of a House resolution that the registration be extended.

“The Committee held a meeting with INEC yesterday (Tuesday) and they agreed to extend the CVR, all our resolutions were approved,” Dukku said.

The House had on June 15 directed that the committee should meet with the electoral umpire following a motion by Rep. Benjamin Kalu from Abia State.

The House urged INEC to extend the voter registration by 60 days.

The Continuous Voter Registration (CVR) was earlier scheduled to end on June 30.

Duku told members that the registration days would now include weekends with additional hands to ensure a smooth exercise.

Kalu said in his April motion, INEC declared that about 42 per cent of the voter registrations recorded since the commencement of CVR on 28 June, 2021, were invalid with about 20 million unclaimed Permanent Voters Cards (PVCs).

He added that the large number of unregistered eligible voters, willing to be registered as evidenced by crowd seen at various registration centres, had resulted in congestion.

Kalu stated that if nothing was done to improve the shortage of voter registration equipment, and extend the deadline for voters registration, millions of Nigerians would be disenfranchised, which would jeopardise the integrity of the 2023 general elections.