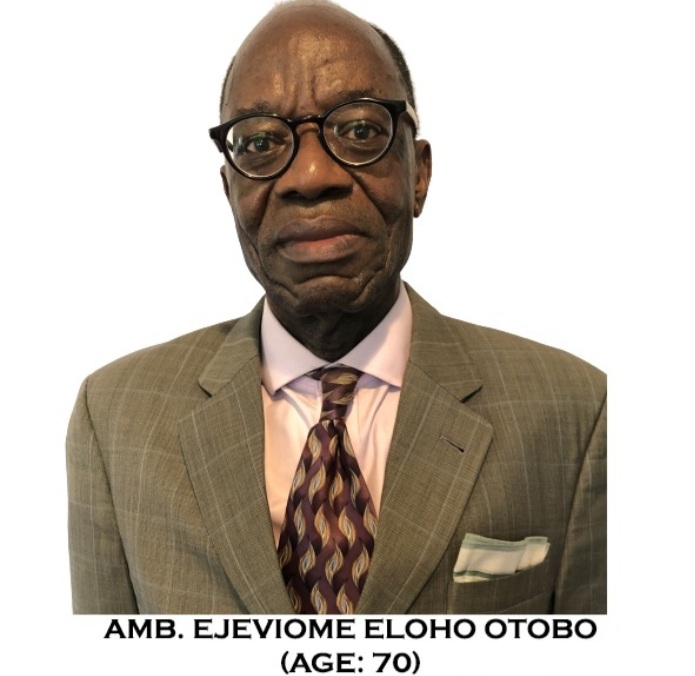 Eight days after he was declared missing, a Nigerian- born ambassador, Ejeviome Otobo, 70, has been found dead.

Tuckahoe police, according to News12, say the village resident who had gone missing was found dead Thursday afternoon.

Otobo, 70, was last seen on June 15 near Dante Avenue in Tuckahoe.

Police posted on Facebook that they conducted an extensive search with a helicopter flying for a wider viewpoint on Thursday.

On Friday morning, they posted on Facebook that Otobo’s body had been found dead.

No other details were released.

Ambassador Otobo joined the United Nations after a distinguished career in the diplomatic service of the Federal Republic of Nigeria. During the course of his diplomatic career, he served on the Policy Planning Staff of the Ministry of Foreign Affairs, represented Nigeria in several countries, and participated in various bilateral political and multilateral economic negotiations.

Ambassador Otobo served from 2014-2016, as a member of the External Experts Advisory Board of the Informing Conflict Prevention, Resolution and Response: The Role of Media in Violent Conflict (INFOCORE) Project funded by the European Union’s Seventh Framework Programme for Research, Technological Development and Demonstration.

Ambassador Otobo was widely published and his areas of research interest and writing include peacebuilding, public service reforms, institutional development, governance, regulatory policy and management, and international trade. He co-edited African Development in the 21st Century: Adebayo Adedeji’s Theories and Contributions (2015) as well as authored Consolidating Peace in Africa: The Role of the United Nations Peacebuilding Commission (2015) and Africa in Transition: A New Way of Looking at Progress in the Region (2017), which was nominated for the Grand Prix of Literary Associations Award, 2018 in the Research category.

It is Machina, not Senate President Ahmad Lawan; nor Akpabio, Umahi

Omo-Agege wants killers of his aide fished out