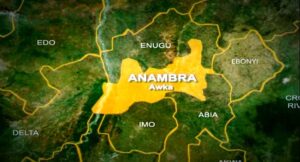 The victim, Nelson Achukwu, from Nnewi South Local Government Area of Anambra State, was reportedly abducted a few months ago by gunmen who accused him of providing information to military authorities.

He was, however, released after his abductors realised he was not guilty of the allegation.

Mr Achukwu, a physically-challenged person, was again abducted three weeks ago from his house in the Mkpor community.

He was beheaded after his family reportedly paid N15 million as ransom to the gunmen.

He said the body of the former lawmaker was found on Tuesday between the boundary of Uke and Ukpor Communities in the council area.

“His decapitated body was found at the back of Ulasi Rivers and was quickly buried by the family on Tuesday evening as the body was already decomposing.

“Efforts were being made to rescue him (from his abductors) before this unfortunate development,” Mr Ikenga said.

The police spokesperson said the police would not relent in investigating the incident and assured that the suspects would be tracked down.

Mr Achukwu is the owner of Nelly Oil & Gas Filling Station in Utuh, another community in the council area.

He represented Nnewi South 2 Constituency in the state assembly during the administration of former governor, Chris Ngige, now Nigeria’s minister of Labour and Employment.

Security in Nigeria’s South-east has deteriorated lately with attacks by armed persons reported almost on a daily basis across the region.

Anambra State has witnessed some of the worst attacks in the region. The attacks often target security agencies, government officials and facilities.

The latest attack came exactly one month after gunmen abducted and then beheaded Okechukwu Okoye, a lawmaker representing Aguata 2 Constituency in Anambra State House of Assembly.

Mr Okoye was killed on May 21 with his aide, Cyril Chiegboka, six days after they were abducted along Aguluzigbo Road, Anaocha Local Government Area of the state.

Again, gunmen abducted Uzozie Chukwujekwu, a special adviser to a former chairman of Nnewi South Council Area and also shot his only son, just a few hours after the news of the beheading of Mr Okoye went public.

The Nigerian government has accused outlawed Indigenous People of Biafra of being responsible for some of the deadly attacks in the region. But the group has repeatedly denied their involvement in the attacks.

The separatist group is leading agitation for an independent state of Biafra to be carved out from the South-east and some parts of the South-south Nigeria.

Leader of the secessionist group, Nnamdi Kanu, is detained in Abuja where he is facing trial for terrorism.

No, we have not extended registration, says INEC, but…