Copyright 2021 - All Right Reserved
Home Opinion Ekweremadu Is a Victim, Not a Criminal!
Opinion

Ekweremadu Is a Victim, Not a Criminal! 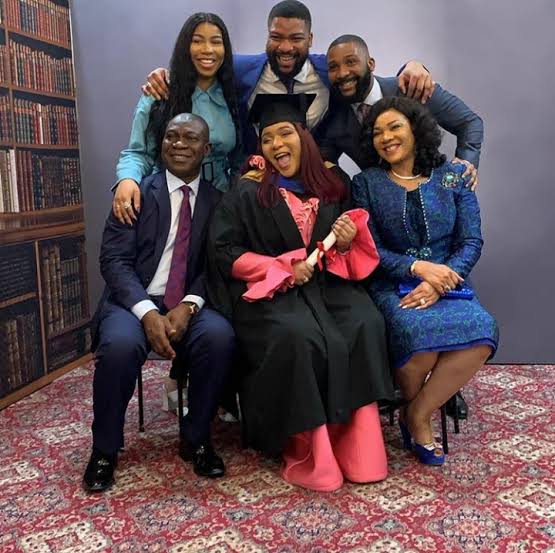 And in this edition of the #TheAlternative, we will consider the facts, not the farce, that is out there.

But first of all, let me state that, if any of my children needs organs to save their life, (God forbid), and my wife and I are not a match, I will do anything legally possible to get them a match, including paying a willing adult to donate their organs to them.

And even that ‘legally’ is qualified. If my child is dying and I can bend the rules to save their life, what would I do? Perhaps, I can’t answer that question here.

The majority of the people that are active on social media are young adults who do not have children. So, they don’t know the lengths to which love for your children can drive you. That is why they are spilling and spreading vitriol against people who are in a state of grief. I empathise greatly with the Ekweremadus and hope for their vindication and continue to wish Ike Ekweremadu well. May God be with them, in Christ’s Name.

Now, let us go into the nitty-gritty. The British legal system has obviously been duped by Nwamini, who himself has extracted too high a price from the Ekweremadus for his desperation to japa! The facts are just too glaring. I don’t see the court case against the Ekweremadus arriving at a conviction.

Now, what are the facts?

We now know that Ekweremadu wrote to the consulate or the British High Commission in Nigeria seeking a visa for David Ukpo Nwamini. In that letter, which is now in the public domain, Senator Ekweremadu came clean on the fact that he was facilitating the visa for the purpose of organ donation.

Now, only the most foolish organ trafficker would have written such a letter. And we know that Senator Ekweremadu is no fool.

Secondly, on the visa issued to Mr. Nwamini by the UK government, the purpose of his visit is clearly stated as ‘Private Medical Treatment’. This corroborates the letter written by Ekweremadu, and clearly shows that his intentions were made known to the United Kingdom’s High Commission.

And Mr. Nwamini can read and write. He is literate. His Facebook profile proves that much. He could not have seen that endorsement on his visa and thought he was going on a holiday!

And then there is the issue of his age.

Somehow or the other, the Bank Verification Number registration for Mr. Nwamini was leaked. It has been authenticated. It clearly shows that the young man is an adult, who had his biographic taken in 2019 to facilitate his bank account sustenance (he already had an account).

So, it is clear that he could not have been a minor and is clearly lying about his age in a bid to get papers to live and work in The United Kingdom. In an interview with Vanguard Newspapers, his own younger brother has also said the young man is lying about his age.

Thirdly, let us consider his claims that he was the victim of modern slavery and was maltreated by the Ekweremadus. I encourage my readers to take a look at the hefty-looking young man called David Ukpo Nwamini. Go to his Facebook page.

You would see that the young man does not look like someone who could be pushed around by Senator Ekweremadu or his wife. Quite the opposite. He looks like someone who would push around his benefactors rather than vice versa.

Think for a moment how grief-stricken the Ekweremadus had been over the life-threatening health situation of their daughter, Sonia. If you were in such a situation, would you even have the time to maltreat anybody? Especially someone that you thought could be a lifesaver for your daughter?

This couple is desperate. They are grief-stricken. They are beside themselves. I find it very, very, hard to believe that they would prioritise maltreating a person like Nwamini.

And on his Facebook page, the young man flaunted photos of himself in choice areas of London. What type of modern slave does that? Oh please!

What has happened here is very clear. A shrewd young man saw the desperation of parents of a child with a life-threatening health condition. Rather than empathise with Ekweremadu and his wife, he saw their suffering as an opportunity to relocate to The United Kingdom. He very likely had hatched this plan right from the outset, but the Ekweremadus, blinded by their desperation and love for their child, were too blind to see it.

And that is not the only thing I find sad.

It blows my mind the almost absolute lack of sympathy, empathy and understanding that the Senator has got from his own people of the Southeast of Nigeria.

As bad as Abba Kyari is, his people are staying by him until he is proven guilty. In the US, Trump’s people stayed loyal to him, no matter the charge. An accusation is not a conviction. I feel sorry for this red-cap chief.

His own people spearheaded his condemnation!

Have they totally forgotten the development he attracted to his area? Many celebrated and acted like he had already been convicted. I doubt he will be convicted. I feel sad how he is treated as an orphan.

First have love amongst yourselves before saying others don’t love you!

Many of them say things like ‘why did he not build hospitals in Nigeria to treat his daughter?’ Since when does a Senator have the power, authority, or funds to build hospitals? President Buhari, that should be rightly so accused, got more empathy than Ekweremadu over his frequent UK medical tourism.

The Ekweremadu I know has used his position to influence projects being cited in the Southeast, and federal employment for the people of his region. Yet, it took a Yoruba woman from Kwara to empathise with him enough to do a video volunteering to donate a kidney to his daughter!

When he is vindicated and he returns home, Mr. Ekweremadu will have to do a lot of reflection on his travails and the lessons he has learnt. He will not be the only one. Other Nigerians will likewise be taking notes and learning lessons.