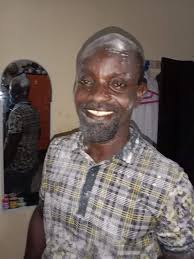 Lewd razzmatazz defines much of young people’s presence in the social media but for the coming incipient earthquake in the OBIdient movement which is shifting their hopes, Nigerian young people didn’t believe any much in the values of heroism and patriotism.

As I write this article, in the morning of June 13th, I am listening to a specially dedicated phone-in programme on Radio Nigeria’s Kapital FM, discussing the heroic act, last Saturday, of Ejiro Otarigho who drove a burning petrol laden tanker from densely populated area of Agbarho, a town near Warri, risking his life to park it at the riverside to avoid what would have been a national tragedy.

I am so far happy with the massive social media reaction in appreciation of Ejiro’s heroic act and I thought beyond words, good amounts of money should commensurably express the degree of appreciation for the tragedy that was averted. Ejiro’s split second decision saved over 10,000 lives and property worth billions of Naira, he should truly get a ‘thank you’ beyond words.

The fundraiser for Ejiro was informed by the knowledge as also reported on BBC Pidgin that Ejiro has four children and a pregnant wife who depended on the burnt truck, to survive. He would therefore need financial help but more especially, the fundraiser which has been tagged Bravery Fund for Ejiro the Hero will last for 30 days and would end on the 11th of July 2022. For each of the days, the fundraiser would run, I am committed to taking one action to urging Nigerian leaders and citizens to do something to honour and celebrate Ejiro’s heroic act and by so doing, inspire other young people to selfless and patriotic acts whenever they have such opportunities.

CASER has therefore dedicated a bank account for the fundraiser. The bank statement of the account will be published and every Kobo realised would be given to Ejiro and his family.

I have created a temporary WhatsApp Group to give daily updates on the donations to the fundraiser.
To join, click here👇🏾
https://chat.whatsapp.com/Dv0NXKs2ePRCmbyb879S8H

The Bravery Fund for Ejiro the Hero aims to inspire the restoration of positive heroism in our communities.