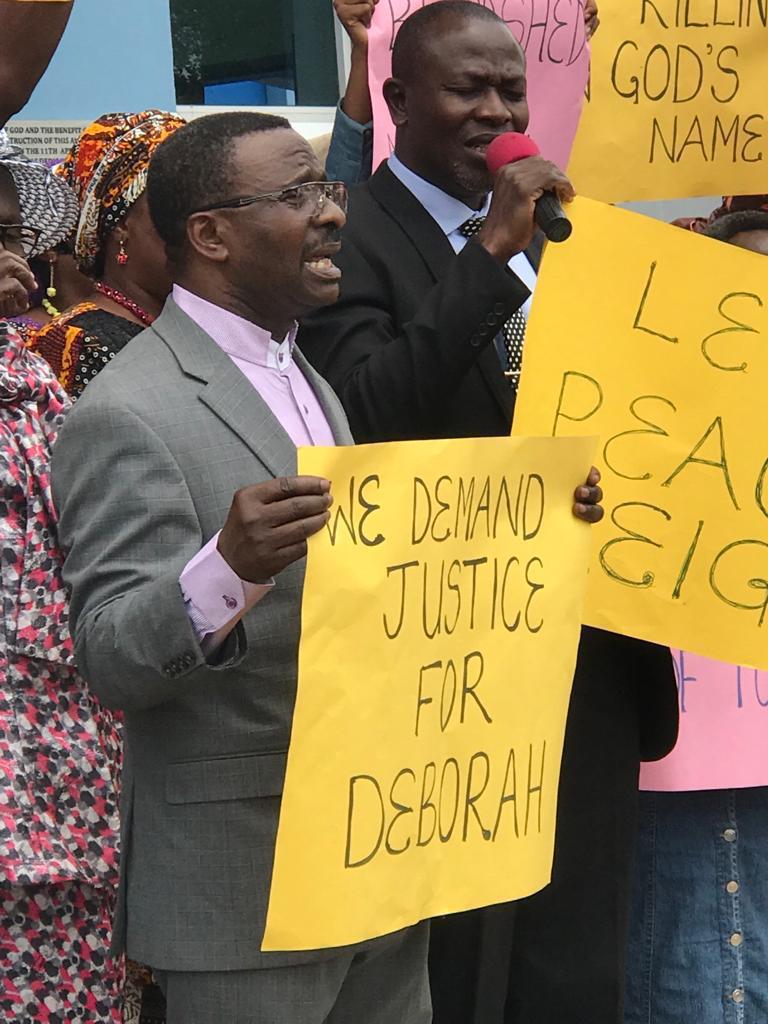 The President of the Christian Association of Nigeria (CAN), Dr. Samson Ayokunle on Sunday in Ibadan, the Oyo State capital, led Christians to protest the brutal killing of a Deborah Emmanuel,  Christian female student of the Shehu Shagari College of Education by a mob which accused her of alleged blasphemy.

She was stoned to death and set on fire. Two days later, Sokoto State witnessed a peaceful protest that turned violent over the arrest of two suspects connected with her death.

CAN called for peaceful protests in its state and local government offices, but downgraded it to church halls and premises following reports of attempts by a shadowy group to attack Christians.

Dr. Ayokunle joined worshippers for the peaceful protest against religious intolerance at the Orita-Mefa Baptist Church, Ibadan. He led prayers calling for justice from God and the government.

There were reports of similar protests across Nigeria.