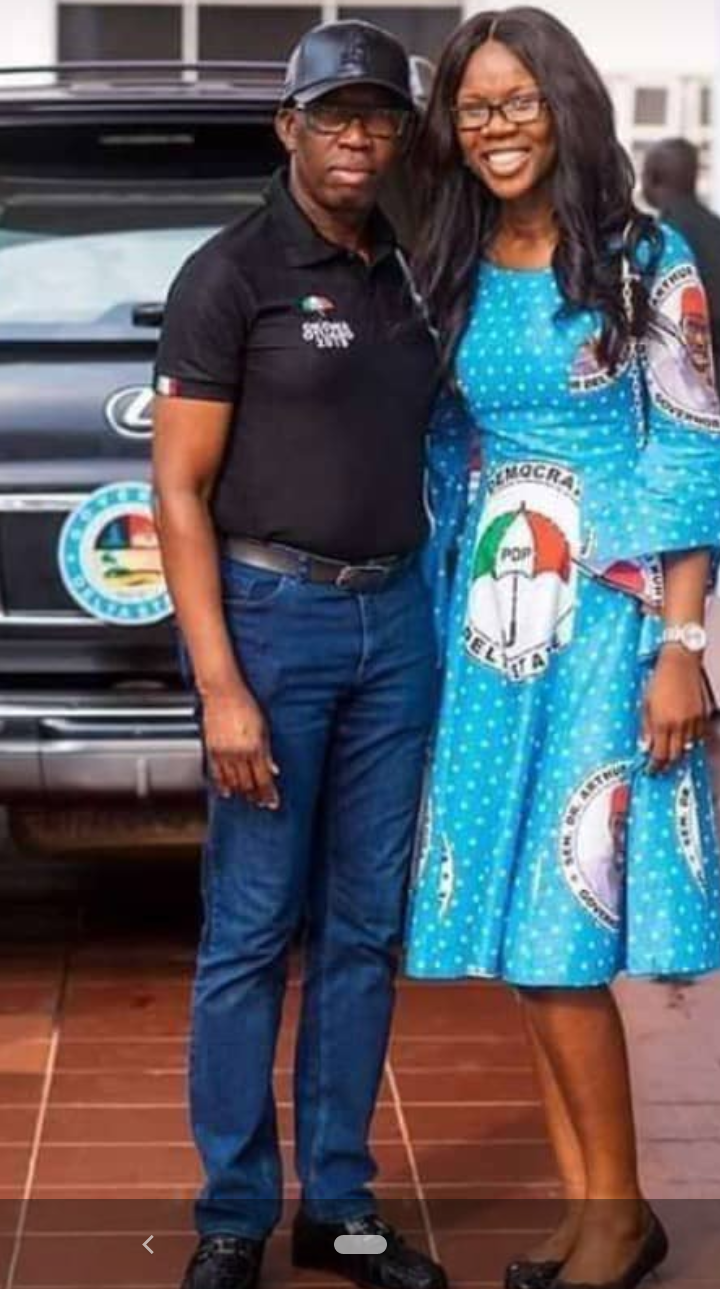 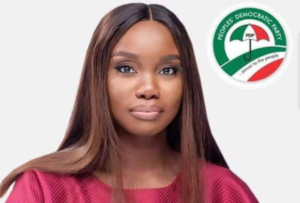 Above: Okowa & daughter; Below: Uduaghan’s

The daughter of Okowa’s immediate predecessor, Emmanuel Uduaghan, was not so lucky. Orode Meyiwa-Uduaghan lost out in the same primary.

But at a higher level, the primary election for the ticket of the PDP for Ethiope Federal Constituency on Sunday ended in a deadlock between daughter of Delta’s governor between 1999 and 2007, James Iboti, Mrs Eriatake Ibori-Suenu and Hon Ben Rollands Igbakpa.

Eriatake and Igbakpa polled 34 votes each from delegates of the PDP.

A rerun is on the bill.

The Governor’s daughter was returned unopposed in the primary election.

But Orode polled seven votes to lose the House of Assembly primary conducted by the PDP for Warri North Constituency.

Fred Martin won the PDP ticket for Warri North Constituency after polling 25 votes from the party’s delegates to contest the House of Assembly seat in the 2022 general election.