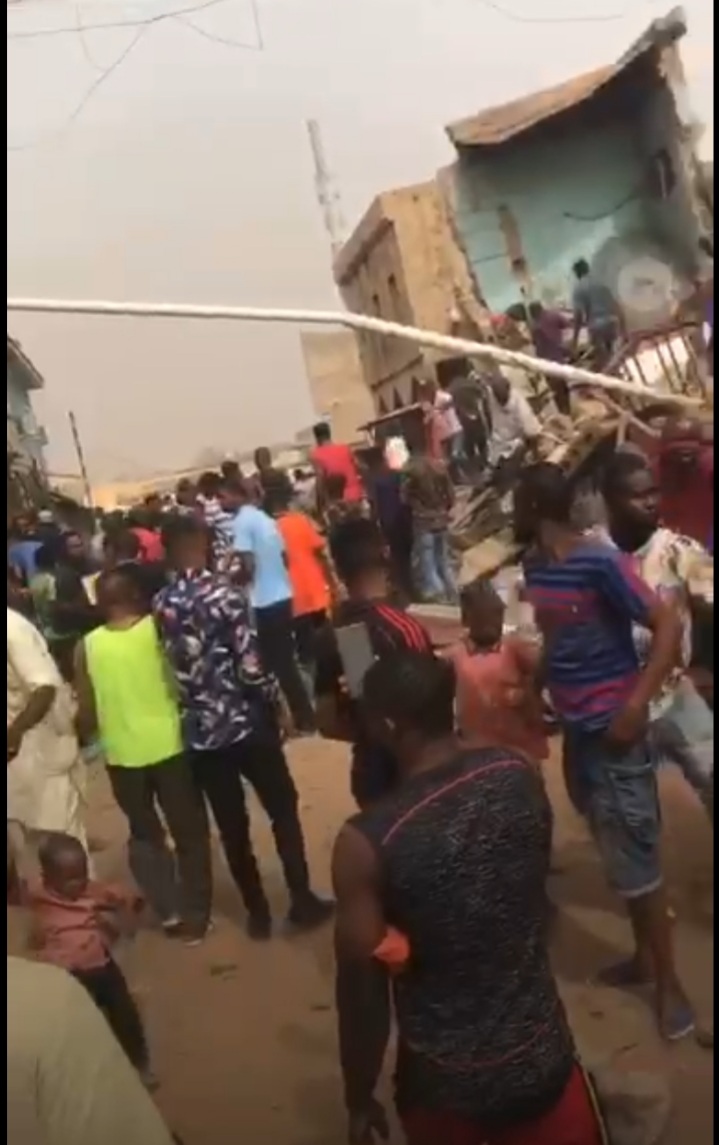 The Kano State Police Command has debunked reports that a suicide bomber was behind the bomb blast that rocked Aba Road in the Sabon Gari area of the commercial city.

Viral videos of the after-effect of the blast have been trending on social media, including wild allegations as to what actually happened.

In the light of the killing of a student of the Shehu Shagari College of Education in Sokoto, Miss. Deborah Emmanuel, and the subsequent peaceful demonstration in the ancient city that spiralled out of control. Conspiracy theorists are spinning the alleged attacks and looting of businesses owned by persons of South-East extraction in Sokoto out of control to suggest that the alleged Kano bombing is a furtherance of the Sokoto protests.

The Police said the building collapse and rescue mission is in progress in Kano.

In a statement, Police spokesman, Superintendent Abdullahi Haruna Kiyawa reads: “Today, 17/05/2022 by 1000hrs, a report was received that, there was a sound of suspected explosion at Aba by Court Road, Sabon Gari Quarters Kano.

“Scene of the suspected explosion that led to a building collapse was cordoned up and four victims (3 Males and 1 Female) including a Welder, named Mr. Ejike Vincent, were removed and rushed to Murtala Mohammed Specialist Hospital Kano, where a Medical Doctor certified them dead.

2023: Thanks, but no! says AfDB President, Adesina