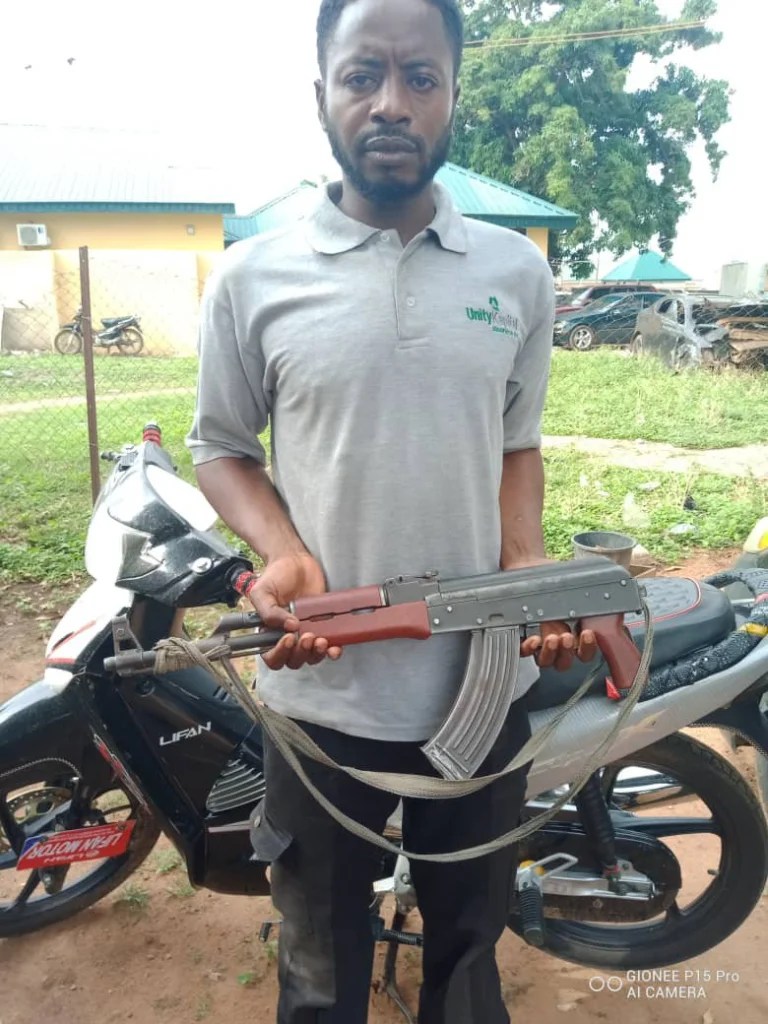 A Councillor in Kaduna State, Abdurahman Adamu, has been caught by the Police while allegedly conveying an assault rifle, an AK47, to bandits.

A Police patrol team attached to ‘Operation Puff Adder II’ on the morning of Monday, May 9, 2022, conducted routine patrol along the Galadimawa road, Giwa Local Government Area of Kaduna State, an area where bandits have operated lately killing scores, and caught Adamu with the weapon.

On interrogation, according to Kaduna Police spokesman, ASP Mohammed Jalige, the councillor confessed he was on his way to deliver it to a bandit.

Jalige in a statement added: “The suspect equally confessed to have gotten the firearm from his accomplices and he is to deliver same to bandits around Galadimawa village for their nefarious activities.

“The operation which is aimed at ensuring sanity on the connecting axis succeeded in intercepting a Lifan motorcycle, black in color ridden by one Abdulrahman Adamu, who was moving towards Galadimawa community.

“The operatives became suspicious of the sack been carried on the motorcycle and were prompted to search it. In the process a concealed AK47 rifle loaded with six (6) rounds of 7.62 X 39mm live ammunition were recovered from the sack and taken into custody alongside the suspect.

“Preliminary investigation reveals the identity of the suspect, Abdulrahman Adamu as a serving member in the legislative Council of Soba Local Government Area of Kaduna State representing Kinkiba Ward.”

A thorough investigation, the Police said, is underway, while expressing disgust that a stakeholder in the system can be involved in such criminal activity.