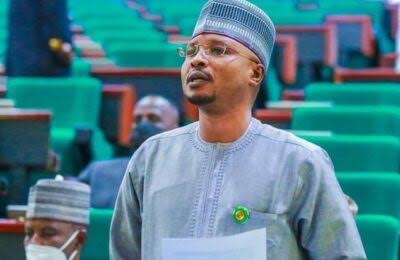 In the coming days and weeks, focus on activities around the upcoming party primaries of the two leading political parties the ruling All Progressives Congress (APC) and the main opposition Peoples Democratic Party (PDP) no doubt will have shifted from permutations and postulations to the obvious, in Kogi State.

Already, the wheat is being separated from the chaff. Men are being sifted from boys! At the close of collection of nomination and expression of intent forms, the electorate can easily decipher the real contenders, from the pretenders. Meanwhile, before that time, there are feelers that aspirants hitherto identified with APC and PDP, may be moving into their “new political homes.”

There are talks about Rabiu Musa Kwankwaso’s New Nigeria Peoples’ Party, (NNPP) aiming a raid on the frontline political parties in the 36 states of the federation, encountering backslashes, across the land, including in Kogi State. However, such speculations are yet to have gained ascendancy in the Confluence State, like the unfolding threats posed by the African Democratic Congress, (ADC), to the APC/PDP behemoth.

This may be due to a number of factors. Principal among these, is the audacious monetization of Nigeria’s democracy by the two leading parties especially APC, which fixed the price tag of the Senate nomination forms at N20m; that of the House of Representatives at N10m,  and the House of Assembly at N2million. The development practically barred many potential aspirants who found the fees unaffordable, unbearable or unreasonable, as the case may be.

An aspirant for the Senate on the platform of the APC who shared his thoughts with with our reporter bemoaned the humongous pricetags for the expression of intent and nomination forms. He is of the opinion that such fees are capable of forcing aspirants to leave the ruling party for political parties who offer more affordable prices. He cited the example of ADC whose national executive committee decided to offer the party’s ticket to Leke Abejide, the only ADC federal parliamentarian, “gratis” to compensate him for his contributions to the growth of ADC, nationally and at the various levels.

For the reason of high fees, some aspirants in Kogi State who used to belong to the APC but who are yet undecided about the purchase of nomination forms, may have secretly obtained ADC nomination forms, or are in the process of doing so. Already, some have done so. Julius Abel, a.k.a “On Top”, formerly APC stalwart and 2019 contestant, last week picked ADC nomination and expression of interest forms to represent Mopamuro State Constituency in the House of Assembly. He was received into the ADC fold by Hon Leke Abejide, the sole ADC sponsored member of the 9th House of Representatives from Kogi State, representing Yagba Federal Constituency.

Also, U.K based Tokunbo Oluwadami Alaga has picked ADC nomination forms for the House of Representatives election for Kabba-Bunu-Ijumu Federal Constituency. Alaga is leveraging Abejide’s influence in ADC and popularity.

Adding up to the potential ADC membership growth, is the fear that Yahaya Bello, the governor of Kogi State and APC leader, who has openly promised to provide a level playing ground for all party members and aspirants, may not keep to his word, when the chips are down. Also likely to be affected is the PDP where it is gathered that most of the available posts may be in line to be decided on consensus. Aspirants who fear their aspirations are at risks in the APC/PDP are said to be more disposed to the ADC, especially  considering the more affordable price tag for the party’s expression of interest and nomination forms fixed at N100,000 and N400,000 respectively, for the House of Assembly Constituency elections; N1.5m for the House of Representatives and N2.5m for the Senate category.

Above all these is Abejide’s performance. Between his demonstrated concern for, and generosity towards his constituents even before his election into office, Abejide’s profile has continued to soar. To be sure, in the face of the deviously innovative percentage payments to civil servants especially at the local governments level, Abejide has held the hands of many families, across the valley. Like he did before his election in 2019, Abejide has diligently continued to offset the bills of hundreds of students sitting for the West African School Certificate Examinations, (WASCE), in the three Yagba local government areas.

He has also undertaken some innovative empowerment programmes for his people. In a recent such exercise during the 2021 yuletide, Abejide announced  that about 2000 people benefited from the scheme. He provided vocational training equipment for hundreds of his constituents, and gifted others with automobiles, tricycles, motorcycles, mechanical implements and fertilisers to the principally agrarian people of his area. Grinding machines, petrol generators, instructional materials for schools, laptops and water pumps, were also distributed at that exercise. About a dozen motorised boreholes have also been provided for his people, courtesy of his goodwill.

In very ambitious circumstances, Abejide has undertaken the rehabilitation and reconstruction of the Iyamoye- Omuo road linking Kogi and Ekiti states, while commencing work on the Igbagun-Alu-Ife Olukotun road. Ahead of the last Christmas and new year celebrations, Abejide deployed personal resources on the Iluagba-Mopa-Isanlu stretch of the Kabba-Aiyetoro Gbedde-Isanlu-Egbe-Ilorin highway. This was to ease the challenges of commuters on the highly decrepit road. Abejide noted that the said road had been accommodated in the 2022 annual budget, to compliment his personal efforts.

Other schemes embarked upon by Abejide as representative of the Yagba people in the federal parliament, include the provision of employment opportunities for Yagba people in federal parastatals; the facilitation of the Central Bank of Nigeria, (CBN) N500,000 loans for small scale farmers to 335 people in Yagba and the installation of solar powered lights in some communities.

Whereas some political players are reputed for making themselves unreachable once in public office, Abejide takes some plaudits for accessibility. He is reachable not only by his Yagba kinsmen and women, but by a cross section of his Okun kith, straddling six local government areas of Kogi State. Last December, he was at the formal launch of a new all-women association, Vanguard of Okun Women, (VOW), which was launched in Abuja. The event also attracted Okun bigwigs like Olusola Akanmode, Chief of Staff to former Vice President Atiku Abubakar; Dino Melaye, immediate past senator representing Kogi West, who is also staging a comeback to the office, and Tunde Olusunle, Special Adviser to former President Olusegun Obasanjo, among others. He made a respectable financial contribution to the new initiative.

A few weeks ago, Abejide performed the foundation-laying ceremony of the proposed “Okun House” in Kabba, the historical headquarters of the Okun people. It is intended to be the official melting pot of all Okun people across the country. Okun people by the way, are also to be found in Kwara, Ekiti and Ondo states. He made a donation of N10 million to the project, promising to do more as the project progresses.

Last week, Abejide made history when in his capacity as Chairman,  House Committee on Customs and Excise, he was presented his nomination and expression of interest forms to contest for a second term, by the National Working Committee, (NWC), of the ADC in Abuja, at no cost. The forms were presented to Abejide by the party’s National Secretary,  Alhaji Sa’aid Abubakar. The NWC delegation expressed satisfaction with the legislative goodwill and achievements of Abejide in the ninth assembly. Sa’aid noted that the party recognised Abejide’s good works not only as a party loyalist, but also to his primary political constituency.

Said the ADC NWC National Secretary: “We have watched your legislative engagements with keen interest. You have performed well. Your impact as a legislator and Chairman of a committee in the federal parliament has been very impressive. When others were cross-carpeting, seeking refuge elsewhere, you remained committed and steadfast, despite being a virtual loner in the legislature. We recognise your agitations about the development of our dear party ADC, which we may not divulge publicly. This has prompted us as a party to offer you this nomination form to contest again under our great party. You are indeed a loyal party man and a beacon of hope for a better Nigeria.”

Abejide expressed his pleasure at the gesture by the NWC of ADC and for finding him worthy of the nomination forms, at no cost. “Today, I am the only member standing as an ADC member in the National Assembly. I want to appreciate the good people of Yagba Federal Constituency for giving me their mandate. Much as the people of Oranre Community in South-East Yagba East LGA of Kogi state also want to buy nomination forms for me which I deeply appreciate, the national working committee came in good time.” He added: “I take this as a challenge to do more in promoting the course of our great party, while also building a lasting political structure and a better future for the people of Yagba and Nigeria. I appreciate the leadership of our party and this great delegation. I hereby present myself again to serve the people.

“ADC,” Abejide noted, “is the credible alternative party come 2023, our great party will also field credible candidates. I must also commend the efforts of the NWC, for making the nomination and interest form affordable. Our youths can now fulfill their political ambitions, because our party is youth-friendly and ready to accommodate youths and women”. He further stated that the new electoral act will not only encourage stability in political parties but also enable credible candidates to emerge at the polls.

For the much he has done thus far, Abejide has been a good ambassador for his party, the ADC. This explains why the ADC has become something of a new bride for aspiring politicians. What is very clear, from these developments, is that interesting times are ahead for the politics of Yagbaland, and indeed Kogi West, as the days go by.

(Verbatim) Why I want to be President in 2023, by Ekiti Governor, Dr. John Kayode Fayemi