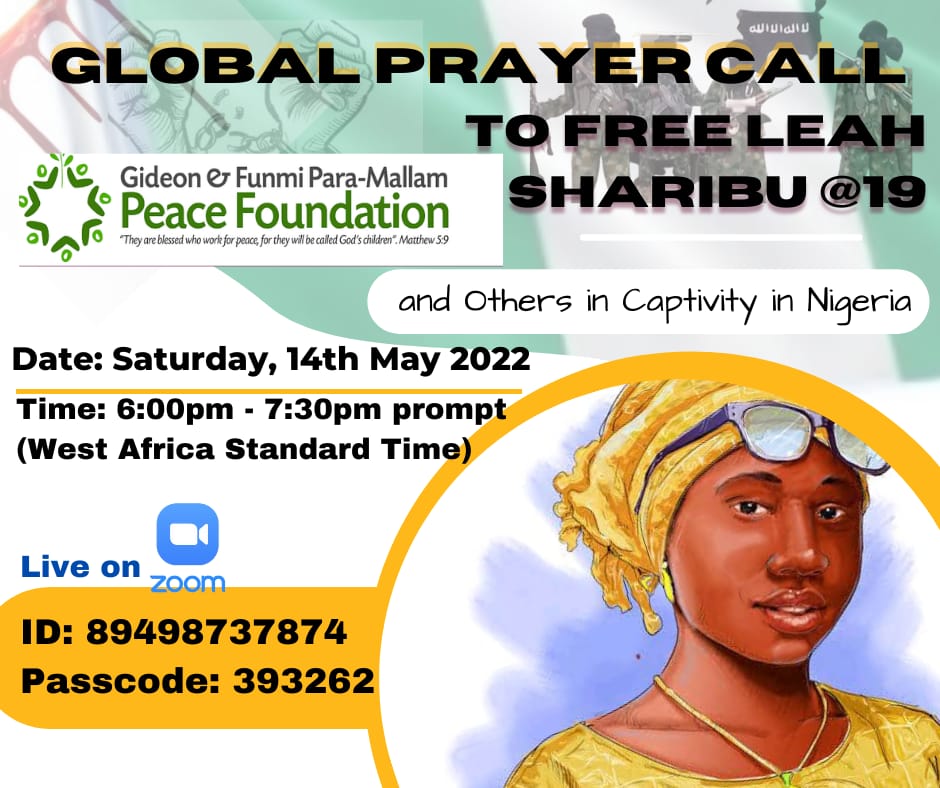 When she was 14, Leah Sharibu and 109 other students of the Government Girls Science and Technical College in Dapchi, Yobe State,were kidnapped by Boko Haram terrorists on February 19, 2018.

The 109 others, including some Christians who agreed to renounce their faith, were released within weeks.

But not Leah. She was the only one left behind after the Federal government  negotiated the release for all of them. Not afraid of losing her life, she refused to renounce her faith in Jesus Christ for freedom, like some of the other kidnapped students did. The terrorists decided to keep her, marrying her off as a slave to one of their commanders, as reports then indicated.

Sadly, she is still in captivity today.

However, a group of Christians have decided to hold an online prayer session in commemoration of her 19th birthday anniversary.

Leah will be 19 years old on 14th May 2023. According to one of the organisers, “Leah represents an iconic expression of faith, courage and conviction.”

He adds, “Since her short-lived freedom ride in March 2018, Leah was returned to captivity – in the lion’s den as it were, while the others regained their freedom because Leah chose not to deny her faith in Jesus Christ.”

Who is this Leah, who dared the terrorists with such commitment and religious audacity?

On her 19th anniversary Leah would have spent one thousand five hundred and thirty-Five (1,535) days in captivity.

“Though in physical captivity, yet she’s free in Spirit – For Jesus said ‘loving your life unto death is actually saving it.’  “For whoever wants to save their life will lose it, but whoever loses their life for me and for the sake of the gospel will save it,” Mark 8:35,” says The Reverend Gideon Para-Mallam, who co-owns with his wife, Funmi, the organisation co-ordinating the prayer session.

Since her captivity Leah has only been seen through a live video recording in September 2018.

But news confirms that she is still alive and has two children in captivity. It has been impossible to communicate directly with Leah but from both diplomatic circles and from other freed captives, Leah has been sighted  and news does filter in from time to time.

Christians have continued in prayer and trust God for Leah’s release along with other girls and women in captivity, the group said.