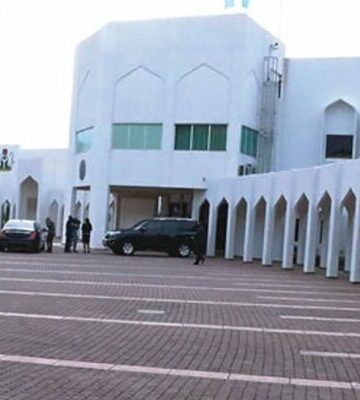 Though ministers serving under President Muhammadu Buhari and seeking his office and other offices seemingly got a reprieve from a Court of Appeal judgment earlier on Wednesday, they have been advised by their principal to resign in line with the Electoral Act.

Only one of such appointees, Barrister Emeka Nwajiuba, the Minister of State for Education, resigned before Buhari gave the order at the meeting of the Federal Executive Council (FEC) this Wednesday.

Others known to have ambitions who have picked forms or had it picked for them include Ministers Rotimi Amaechi, Abubakar Malami, Godswill Akpabio, Chris Ngige, Timipre Sylva, Ogbonnaya Onu, among others.

The President gave the quit notice at the end of the Federal Executive Council meeting.

The Minister of information and Culture, Lai Mohammed, disclosed this after the meeting.

Mohammed stressed that this mandate excluded the Vice President, Professor Yemi Osinbajo because he was an elected member of the cabinet.

He affirmed that any amendment or additions to this directive would be disseminated accordingly.

The Minister added that if the need arose, the directive might involve political appointees.

A source quoted the President as saying, “I expect other members of this council seeking to be President to resign with immediate effect.”

One source said: “We were not clear if this directive will affect other ministers aspiring to be governors, Senators and House of Representatives members.

“We are expecting more clarifications soon.”