▪︎ MURIC, others also oppose; but professor, others justify 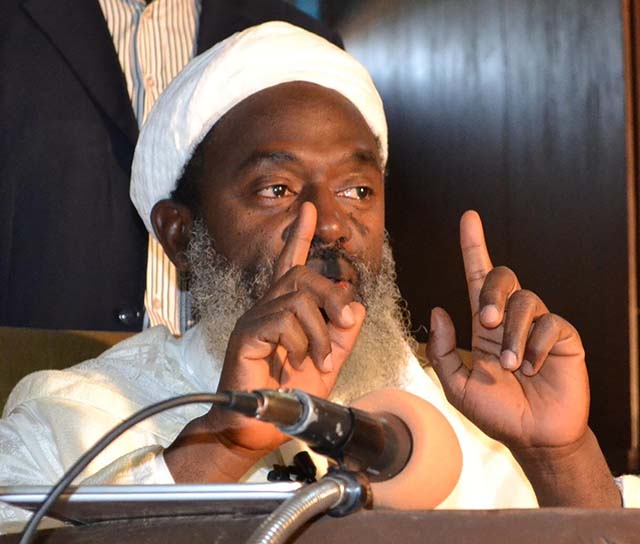 Ahmad Gumi, Islamic cleric, says Prophet Muhammad (SAW) did not kill those who insulted him during his lifetime.

Gumi spoke during a religious teaching class at the Sultan Bello Mosque, Kaduna.

He was reacting to the murder of Deborah Samuel student of Shehu Shagari College of Education.

Gumi’s sermon, which was in Hausa language, was live-streamed on Facebook.

On Thursday, Deborah was attacked by a mob and set ablaze over comments purportedly considered to be an insult to Prophet Mohammed.

A video of the student being stoned and beaten with sticks was shared on social media.

The incident sparked outrage and condemnation across the country.

Subsequently, the police command in Sokoto announced the arrest of two suspects in connection with the killing.

On Saturday, some residents protested against the arrest of the two suspects, which led to unrest in Sokoto — a development that made the state government impose a 24-hour curfew.

Reacting to the incident, the Islamic cleric said Prophet Muhammad did not avenge the insults targeted at him by non-Muslims because he did not want to be tagged as a killer.

Gumi said no one is allowed to take laws into his or her hands in Islam, adding that the best way Muslims can show love is by obeying the teachings of the prophet.

He added that no religious law can be applied in Nigeria since the country is a secular state.

“Some Muslims in Nigeria that want to defend Prophet Muhammad should be ashamed of themselves because they are corrupt. The best way to go if we want to defend the Prophet is to follow his teachings,” he said.

“We the clerics need to wake up and teach the Muslims their religion. We must leave this state of ignorance, we have turned like animals. We the Muslims are not the only ones in this country.

“It is not only that we are not the only ones in this country, we must know that there was nothing the unbelievers did not do to Prophet Muhammad, but he was patient, because he was conscious that if he killed them, the unbelievers he was trying to bring to the fold of Islam will tag him a killer.

“here are people who are neither Muslims nor Christians in Nigeria, and everyone is trying to win their souls.

“Also, there people who are not Muslims, whom we are preaching Islam to, so that they can enter the fold of Islam and be salvaged in the hereafter.

“If we now begin to kill people, they will say it is even from the leader of our faith, Prophet Muhammad that we have learnt it

“They will say their religion is a religion of bloodletting. At a time we are trying to draw the attention of people to see the beauty of Islam, we are now scaring them away.

“It is unfortunate that we even see some clerics who are telling people that whoever insults your religion, just kill them. They are quoting verses they don’t understand.

“There is no one who has the will to kill anyone except through the Islamic justice system. And in doing this, the conditions of such justice must be completed before anyone can be killed. Our religion is civilised. The white people learnt rule of law from Islam.”

Gumi’s comments tally with a viral video showing a Mid-easterner teaching against killing in the name of Islam.

Recall that the Chief Imam of the Abuja National Mosque, Prof. Ibrahim Maqari, justified the gruesome murder of a Christian female student of the Shehu Shagari College of Education in Wamakko, Sokoto State.

But from Muslim group, Muslim Rights Concern (MURIC) comes condemnation as other Muslims support and condemn the murder.

Prof Maqari on his Twitter page wrote: “It should be known to everyone that we the Muslims have some red lines beyond which MUST NOT be crossed. The dignity of the Prophet (PBUH) is at the forefront of the red lines. If our grievances are not properly addressed, then you should not be criticised for addressing them ourselves.”

A government official of Sokoto State, Anas Mohammad Sani, was also quoted in the media as justifying the barbaric killing.

His words:“Muslims don’t tolerate insult against their beloved prophet.”

“Muslims don’t take insults against beloved prophet in whatever form…. The earlier our Christian brothers and sisters understand this, the better for all of us. May the recklessness of our tongues never drive us to (an) early grave.”

MURIC, in a statement signed by its director, Ishaq Akintola, its director, said the Quran and Prophet Mohammed condemned violence.

“MURIC strongly condemns this killing and all others that have been happening in Nigeria in recent times. Those aggrieved by the student’s post should have reported her to the security agencies or to the Shariah police, the hisbah. Mob killing is archaic and bohemian. It belongs to the Stone Age. Nobody has the right to take the law into his hands,” the statement reads.

“The Glorious Qur’an compares the killing of a single person to the killing of the whole of humanity just as it compares the saving of a life to the rescue of all homo sapiens (Qur’an 5:32) In like manner, Prophet Muhammad (SAW) himself condemned all acts of violence and advocated peaceful conduct at all times

“But this incident should not be condemned in isolation. The recent trend whereby Nigerians now freely shed their brothers blood should be condemned by all patriots. In this regard, we also strongly denounce the killing of several northern Muslims in the south-east in the past few months.

“We frown at the recent burning last week of a truck fully loaded with cows in the south-east as well as the killing of many Muslims of south-east origin by their Igbo brothers in the same south-east. We note with keen interest that Muslims in the morth did not retaliate when these killings were taking place.

“MURIC calls on the Sokoto police command to do everything within its power to get to the bottom of yesterday’s killing of the female student over alleged blasphemy.

“We appeal to members of the public to remain calm and law abiding. Nigerians should allow the police to carry out its investigations on the case.”

An old video also resurfaced showing a cleric justifying killing in the name of religion in Sokoto.