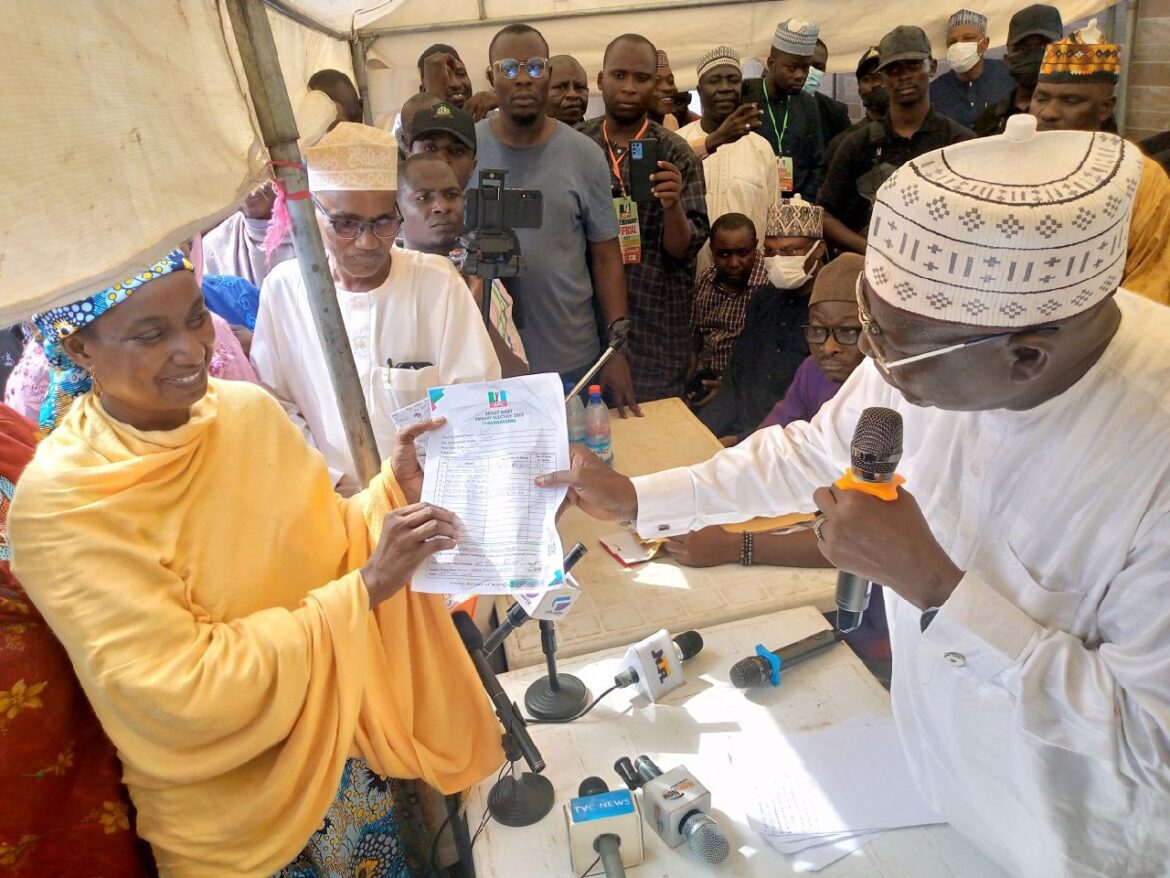 Sen. Aishatu Ahmad, popularly known as Binani, has picked the governorship ticket of the APC in Adamawa with 430 votes.

Mr Gambo Lawal, the Chairman, Electoral Committee, disclosed this at the end of the primary election on Friday in Yola.

Lawal said that the other aspirants were Nuhu Ribadu with 288 votes, Muhammad Bindow – 103 votes, and Abdulrazak Namdas with 94 votes.

“With the power conferred in me as the Chief Returning Officer of this election, I hereby declare Aishatu Ahmad Binani as the winner of the election.

“She is the official candidate of APC for governorship election, ” Lawal said.

He said the exercise was successful and transparent.

In her acceptance speech, Binani who is representing Adamawa central senatorial zone, thanked the delegates for the confidence resposed in her.

She called on other aspirants to work together for the victory of the party in 2023 general elections in the state and federal level.

Binani also commended the electoral panel for the transparent election and  confidence resposed in them. (