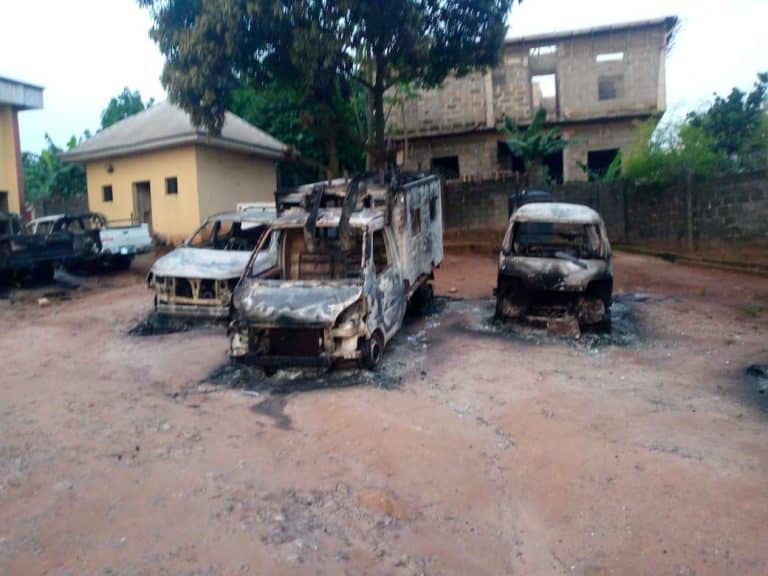 The headquarters of the Idemili North LG secretariat at Ogidi, has been burnt down by unknown persons.

The suspected hoodlums also burnt down the Magistrate Court building within the Council secretariat complex.

The unfortunate incident which has been confirmed by the state police command was said to have occured late night on Sunday, May 15,2022.

Eyewitnesses who refused their names in the media disclosed the hoodlums did the dastardly act late Sunday night when they entered the premises.

DSP Tochukwu while confirming the incident said: “Yes, the incident was confirmed, and our men were there to restore normalcy.

Right now, the fire has been put off, and calm has been restored to the area,” Ikenga said.

Early Monday morning, residents of the area, passers-by and some staff of the Secretariat were seen gathered at a safe distance discussing the unfortunate incident.