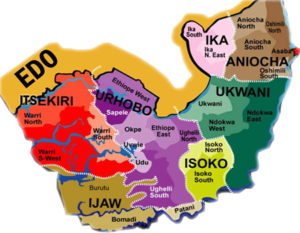 Undaunted in its drive to stop the Delta State government from taking a fresh N150 billion loan in the closing months of Dr. Ifeanyi Okowa’s administration, the Citizens Advocacy for Social & Economic Rights (CASER), which recently wrote a petition to anti-graft agency, the Economic and Financial Crimes Commission (EFCC) on the loan, has written to Zenith Bank Plc asking for details on the loan.

The CASER letter, signed by its Executive Director, Barrister Frank Tietie, to the Managing Director, dated 10th May 2022
and titled: REQUEST FOR INFORMATION MADE PURSUANT TO THE FREEDOM OF INFORMATION ACT:
REQUEST FOR DOCUMENTS AND OTHER RELATED INFORMATION DETAILING THE TERMS AND CONDITIONS ATTACHED TO THE APPLICATION BY THE DELTA STATE GOVERNMENT FOR THE LOAN SUM OF N150 BILLION NAIRA FROM ZENITH BANK PLC, reads in full: “The Citizens Advocacy for Social & Economic Rights (CASER) in the exercise of the right to access information pursuant to the relevant provisions of the Freedom of Information Act, hereby writes to request for all the relevant documents showing the terms and conditions relating and attached to the much-publicised application by the Delta State Government for a loan sum of 150 Billion Naira from Zenith Bank Plc.

“This Request is made in the public interest and particularly on behalf of citizens of Delta State who have expressed beliefs that the some of the arrangements and processes associated with the said loan transaction are manifestly tainted with corruption, self-interest and clearly against future financial stability of the state, thereby negating the interest of the people of Delta State in general.

“Thus, the information herein requested is therefore important to either confirm or debunk the presumption of corruption and to offer opportunity to the public to make inputs and suggestions to the overall interest of the government and people of the state.

“To the above end CASER undertakes by this request to pay all such appropriate and reasonable fees where necessary to facilitate the urgent obtainment of the information herein requested.”

Tietie had called on the Economic & Financial Crimes Commission (EFCC) to urgently investigate the circumstances surrounding the fresh loan, alleging that it is not in the interest of the state.

In a statement two weeks ago, Tietie said: “The Citizens Advocacy for Social & Economic Rights (CASER) calls on the Economic & Financial Crimes Commission (EFCC) to urgently investigate the circumstances surrounding the initiation and approval of the Delta State Government collecting the loan sum of N150 Billion Naira from Zenith Bank. The said transaction has been widely reported in the media.

“The whole idea of the Dr Ifeanyi Okowa’s administration now in its twilight of barely a year to end, to choose to collect such a huge loan which was swiftly approved with a strange unanimity by the Delta State House of Assembly, in an election preparatory year, possesses all the vestiges of a corrupt scheme to put the money into the pockets of unscrupulous politicians to buy the votes of delegate and voters in the coming party primaries and general elections, respectively.

“Seven years of the eight-year tenure of the Governor Okowa led administration have passed and it is in its last year that it considered that it should take such a huge loan for which it would not be responsible for repaying. This is nothing but a grand plan between the unscrupulous elements in the Okowa led administration with the irresponsible leadership of the Delta State House of Assembly in an unholy collaboration with Zenith Bank is to plunge Delta State into a blackhole of debts with insidiously wicked interest rates that Delta State may never recover from, just to raise money between and among private bankers and politicians to fund elections. This is unacceptable!

“This loan arrangement between the Delta State Government and Zenith Bank is not in the interest of the people of Delta State. It would only benefit Zenith Bank officials and the state politicians who would literally share the money among themselves through phantom and non-existent contracts for services.

“To impose such a huge loan on a state that is already overburdened by debts taken by this same administration of Governor Okowa is economic suicide and it would not take long before the State becomes too broke that it would not be able to pay salaries of its workers.”

Also two weeks ago, the State Commissioners of Finance, Sir Fidelis Tilijie; and Information ministry, Mr Charles Aniagwu, outlined the motives for the loan being granted by Zenith Bank.

They explained that the Okowa administration was encouraged to seek legislative approval of the loan against the backdrop of the expected statutory accruals from the Federation Account as part of the 13 percent Derivation Fund for oil producing states of the federation.

The finance commissioner said that following agreement reached with the Federal Government on the refund of years of erroneously deducted funds belonging to the benefitting oil producing states, Delta is due to receive two tranches of N257.6 billion and over N130 billion over the next five or six years.

Therefore, in order to avert the likely depreciation of the value of the expected monies from the Federal Government in the light of steadily riding rates of inflation, the state government decided for the N150 billion loan to enable the government further drastically lighten the huge burden inherited by the Okowa administration.

The finance commissioner said that the funds totalling N270.6billion ought to have been received a long time ago but because the Federal Government could not pay the whole money in bulk, the oil producing states entered into an agreement for some part of it to be paid within three years and the other part within five years.

Tilijie said, “Having reduced the debt profile of the state from N151billion to N72billion, it is important that we have so many other contracts that we have awarded within the period of time and because it is a close out of a particular tenure it became very important that we ensure those legacy projects including the new State Secretariat building are completely paid for before we leave office.

“Apart from the fact that we are paying old contractors, we are also ensuring that even the new contracts that was awarded which we refer to as legacy projects are also completed on time.

“The governor is also very mindful of the fact that pensioners are suffering. When we came into office in 2015, the total pension past dues was N35billion and we have been trying to reduce that outstanding dues.

“The state government approved that N300m monthly should be paid as past pension outstanding and just recently it was increased to N500million monthly.

“To further reduce this past pension obligations, from the facility, we will be spending N20 billion for state pensions outstanding of past dues and N10billion to the Bureau of Local Governments as grant to enable them also reduce whatever outstanding payments to local government pensioners.

Tilijie assured that the bridging loan facility would be prudently used to offset debts owed to many contractors with certificates for various completed projects, especially the “legacy projects of the Okowa administration”, including the State Secretariat Complex Casaba, Orere River Bridge, the Ode-Itsekiri Bridge, the Koka Junction Asaba flyover and interchange, Bridge across River Ethiope at Obiaruku, Owa-Alero drainage channels and projects being executed in the three new universities.

Also captured is the completion of the strategic Asaba-Ughelli dual-carriage way that passes through Ogwashi-Uku, Kwale, Isoko to Ughelli from the state capital.

About N50 billion of the requested loan would also go into the payment of entitlements of state pensioners as well as further assist the Bureau of Local Government.

Part of the N150 billion loan would also be used to fund the Warri/Effurun drainage project, the finance commissioner stated, explaining that the loan facility was really of soft nature because it was being offered on the strength of the said accumulated derivation fund wrongfully withheld from Delta and other benefiting states, which serves as a definite and sustainable revenue source for defraying the loan facility.

He added that to government was not discounting the expected outstanding funds from Federation Account 100 percent because the Okowa administration was mindful of the succeeding administration in 2023, saying that it was a way of saving for the incoming government as well as ensuring that the present government left behind only an insignificant amount as debts.

Army Commander missing, over 40 others killed after troops clash with terrorists in Taraba