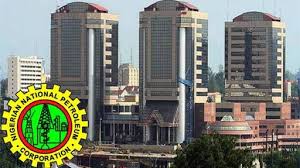 It began mildly on Saturday with a few cars, but by evening, the queues elongated as motorists in panic trooped to filling stations to top up and fill jerrycans for storage and other purposes.

By Sunday evening, the queues were getting alarming for the Federal Capital City (FCC) residents who feared that when this happens, it takes weeks to clear.

Understandably, grumbles are filling the public and social media spaces over the perceived ineptitude of managers of the distribution process. The last time there were fuel queues in Abuja that drew the ire of the city’s residents, it was first thought to be a fall-out of the supply of bad fuel, but as the scarcity persisted in Abuja, the authorities changed the story so many times, residents opted to resign to the fate of waiting long hours and sleeping at filling outlets.

However, as it has always done in the past, in the midst of the attendant pain of long queues, the Nigerian National Petroleum Corporation (NNPC) has assured residents of the Federal Capital Territory (FCT) and all Nigerians, that it has national stock in excess of 2.5 billion liters, with sufficiency of more than 43 days.

The corporation did not explain what specifically brought about the problem, again, except that it was likely due to low loadouts at depots which usually happened during long public holidays, in this case, the Sallah celebrations.

Many wonder whether this ought not to have been anticipated since long holidays are a recurrent feature in the country. Other observers hint at other causes not palatable for public consumption.

In the statement by its spokesperson, Garba Deen Muhammad, the corporation said another contributing factor to the sudden appearances of queues was the increased fuel purchases which was also usual with returning residents of the FCT from the public holidays.

Garba Deen Muhammad said NNPC and the Nigerian Midstream and Downstream Petroleum Regulatory Authority (NMDPRA), in conjunction with their marketing partners, had taken necessary measures to ramp up loadouts from all depots.

ASUU ends warning strike, will it make it indefinite as talks resume with FG?