2023: Trouble brews in Niger APC as Chairman is accused of changing delegates list

▪︎ Count me out of tampering with list, says governor 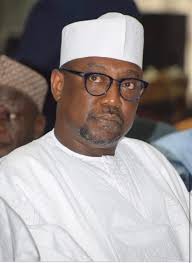 The leadership of the All Progressives Congress (APC) in Niger State has been accused of allegedly changing the list of delegates for the party’s primaries.

Aspirants and party stakeholders are crying blue murder, threatening a  showdown with the party if the delegates list with the Independent National Electoral Commission is altered.

They allege the lists altered are those of the Governorship, the Senatorial, House of Representatives, and the State Assembly.

The worst hit in the manipulation, sources say, is the list for Senatorial and House of Representatives  from Zone C, the Niger North Senatorial District.

One party stakeholder from the district articulated the position of the dissatisfied group, pointing accusing fingers in the direction of the state chief executive.

The governor, Abubakar Sani Bello, is said to have disassociated himself from the ongoing manipulation of delegates list, saying that he does not want to be senator through fraudulent means, asking that the due process be adhered to.

In fact, at a meeting of Niger State APC delegates with Presidential aspirant and Governor of Ekiti State, Dr. Kayode Fayemi, Sani Bello maintained that he took a decision long ago not to interfere in any Congress or election and desires of the people so as to maintain his passion.

“I have never interfered in any Congress or local government elections. I allow people to think for themselves and decide on the way forward and that I will maintain”, he stressed.

A source suggested the governor was being roped into the plot out of paranoia that he would use the incumbency factor to his own advantage, even when there is no shred of evidence that he is involved.

His words: “I think it is just out of fear that some interested parties are chasing shadows and dragging him in. He did not show interest in the Senate seat until he was dragged in, so the story of his involvement may not be true. It is the other camp of the seating senator that is scared and throwing up scenarios because of a careless remark by someone in the APC leadership, who is doing eye-service.”

But among the lists allegedly tampered with are those of  Agwara, Rijau, and Kontagora,  the home base of the governor.

The stakeholder, who prefers anonymity, said the ongoing shenanigans is because the Sani Belki is interested in the senate seat from the zone, and the party is bent on ensuring that he picks the ticket.

“You remember that the party Chairman, Alhaji Haliru Zakari Jikantoro, told the whole world in a trending video that he is in full support of the governor’s Senatorial ambition, so we should expect something like this from the zone because he knows that the governor is not popular in the zone and can not defeat the incumbent Senator, Aliyu Sabi Abdullahi.

“As I speak with you now, the governor has not gone to anywhere in the zone to campaign to the delegates ahead of the delegates election because he wants the party Chairman to impose him on the people. It will not work because the people will resist any attempt force him on them.

“The people of the zone can not afford to have a diaspora senator in 2023, therefore if the party succeeded in manipulating the process and imposed him on the people as candidate, that will be the end of APC in the zone because the people will wait for them in the general election.

“Their power will only stop at the party level but at the general election, the people will reply them, and that is when the people will also exercise their power with their votes…this governor can not win a free and fair contest against the incumbent in the zone”.

In a trending video,  the chairman openly declared that though as the party Chairman, he is not supposed to take side with any aspirant ahead of the party primaries, he has no choice than to throw his weight behind the senatorial ambition of the Governor.

The Chairman was said to have made the declaration when he played host to a former commissioner for Land and Housing in the state, and house of representative Aspirant for Agwara/Borgu federal constituency, Barrister Mouktar Ibrahim Nasale in his office in Minna.

According to the Chairman in the trending video,  “I am not supposed to do this as the Chairman of the party but am saying this to the hearing of anybody who cares to listen that I am fully in support of the Governor’s aspiration.

“In fact, I am not only in support, I am in the forefront of the struggle, and I want the whole world to know about this”, he declared.

There are similar agitations over the change in the delegates list in other zones of the state, and this is not going down well with party stakeholders who vowed never to allow this criminal manipulation of delegates list.

But one of the Governorship Aspirants, Alhaji Mohammed Bago, was also said to have warned the party to revert back to the original delegates list to avoid crisis ahead of the primary election.

In the the same vein, the Vice Chairman, North Central Zone of the party, Alhaji Bawa Rijau, has equally expressed reservations over the reports of the manipulation of the delegates list, stressing that he would not want the party to be engulfed in crisis in his state ahead of the primary election. He called for the party to be neutral in its handling of the party primaries.

The sword or the cup