Copyright 2021 - All Right Reserved
Home Sports The World Cup Draw: THE RESULTS ARE IN!; Neymar stays in PSG
Sports 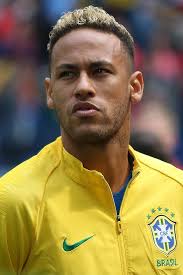 At long last, the 2022 World Cup draw was completed on Friday and it threw up some interesting early clashes.

The USMNT were relieved to finally book their spot in Qatar, but will face stiff competition to top their group as they must face a very strong England side.

Spain vs Germany should also be a fun clash, with both sides boasting plenty of young talent hopeful of emulating World Cup winners of years past.

Belgium vs Croatia will be interesting too, while Ghana will have a chance to exercise demons from the 2010 edition, when Asamoah Gyan missed the chance to put out Uruguay after Luis Suarez handled the ball on the goal line.

Erling Haaland does not have a €75 million (£63m/$83m) release clause in his Borussia Dortmund contract.

Contrary to reports, GOAL understands that the rumoured buyout clause is actually merely a “gentlemen’s agreement” between the club and Haaland’s advisors.

What does that mean?

It means that clubs cannot simply pay Dortmund €75m to buy the striker outright with no questions asked – the same way PSG did when buying Neymar from Barcelona.

Instead, BVB will simply consider the highest offers made for Haaland over the pre-agreed mark.

It’s understood that while there is nothing legally binding, Dortmund intend to live up to their word.

Of course, Haaland will have the final say on where he goes, but his current side has an obligation to its shareholders to get the best deal possible.

And on the subject of shares, Dortmund are a listed club, meaning they have to announce when a deal is close to stay in line with German financial regulations.

• Dortmund want the buying club to cover the cost of solidarity payments owed to Haaland’s former sides Molde and Salzburg.

• Dortmund want a sell-on clause included in any deal in order to make money from future transfers, which is likely given Haaland is only 21

• If Dortmund allow the transfer fee to be paid in instalments rather than one lump sum, a sale is likely to be easier.

• Agent fees paid to Mino Raiola will be significantly less than the €100 million (£83m/$110m) previously reported.

More:
Haaland is avoiding press based on advice given to him by a farmer…

Marco Negri spoke to GOAL this week and shared a pretty hilarious story about Gazza during the pair’s time at Rangers.

“Once we were at the ‘Moat House’ [hotel], and while we were in the room reserved for dinner, the elevator doors opened and Gascoigne was stood there wearing a white tank top and underwear.

“Only these things, without socks or slippers.

“He got out of the elevator, entered the room, exchanged two jokes with everyone, took two sandwiches, stuffed them in his underwear and said: ‘See you tomorrow, guys’.

A report released by Marca this week claims that Gareth Bale and Eden Hazard are two of the highest-paid players in La Liga despite the fact the pair hardly ever play.

Check out the top 10:Hazard and Bale have featured 21 times in total for Madrid this season, with only one goal scored between them.

Sorry, PSG fans (well, some of you at least), but Neymar is not looking to leave any time soon.

Question his commitment and/or boo him all you like, but GOAL understands the Brazilian and his vast array of hairstyles are happy in the French capital.

Even if he wanted to leave, he is PSG’s highest-paid player – ahead of Lionel Messi and Kylian Mbappe – meaning even the world’s biggest teams would struggle to match his wages.

And if they could, would they want to gamble on a 30-year-old who has missed over 100 games since joining PSG in 2017? Probably not.

But look on the bright side, his contract only has… *checks notes* …oh, three years left to go.

Guess the haters are stuck with him for a while.

Former Arsenal hero/villain Mesut Ozil has no plans to force a move away from Fenerbahce despite being dropped from the squad.

Fener announced last month that both Ozil and midfielder Ozan Tufan had been frozen out, but did not give a reason why.

Speaking this week, however, Ozil’s agent spoke of “sad events with the coach”, hinting at a possible falling out, whilst adding that his client is “considered on leave” pending a “final decision” from the club.

Ozil’s no stranger to picking up wages despite not playing, as evidenced by the latter stages of his time in north London, but his representative insists that accumulating personal wealth is far from the playmaker’s top priority.

On his client being the only member of Arsenal’s squad to refuse a pandemic-related pay-cut, Erkut Sogut said: “He asked me, ‘Where is the money going?’“Mesut wanted assurances from the club that they wouldn’t fire anyone. That management would have a salary cut too.

“If that assurance was given and signed, he would have taken more of a cut. Thirty per cent. He wanted to know where the money was going.

“If it was to buy another player, he didn’t want to do it. If it was to secure the workplace, he wanted to do it.”

Sogut paints Mesut as a saint, but one then has to wonder then why Nacho Monreal said of his old team-mate this week: “Ozil’s problem is that he had problems with everyone.”

Never a dull moment – and the drama could continue back on English soil if recent reports are to be believed, with Hull City said to be interested in bringing Ozil to the Championship.

That could be… interesting?

The odd one in the crowd