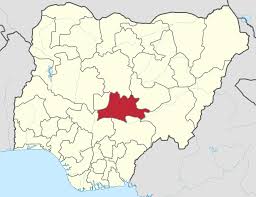 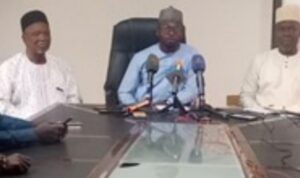 The State coordinator and technical Head of SCCU Malam Umar disclosed this during a media briefing at the Nasarawa State Community and Social Development Agency, (NSCSDA).

The state coordinator stated that the sum of One Billion, One Hundred million has been disbursed to N-CARES family for full implementation of the programme that has a two years life span.

The state coordinator said the amount has been shared for the three delivery platforms for immediate implementation of N-CARES programme, adding that the programme is a state focused programme developed by a tripartite agreement by the World Bank, the federal and state governments to combat the economic effects of the Covid-19 pandemic.

He stressed that the programme is purely for the poor and vulnerable people in Nasrasawa state and Nigerians, adding that the fund released would be used for the next six months, adding that after the visit of independent verification agency in September this year, the delivery platforms would again receive another funding from the World Bank, based on the working document.

The SCCU Technical Head said the Covid-19 pandermic has affected livelihood and businesses, that is pushing a large number of people into poverty.

He said the programme is to better the standard of living as well as supply a sustainable livelihood for the people of Nasarawa State.

He added that the N-CARES programme would cover the areas of social transfer support to better the livelihood of poor and vulnerable individuals who are chronically ill, aged, living with a disability; and the implementation of micro-project to poor communities  with basic infrastructures in education, health, nutrition, water and sanitation and provision of farm input.

He said further that other areas of intervention include provision of farmer assets for production to add value to harvested farm yields, rehabilitation of rural roads, provisions of access to poor and rural farming in our communities.

Other areas according to him are wet markets support through water and sanitation infrastructures.

Malam Umar also pointed out that the seven intervention areas would be handled by the State Cash Transfer Unit (SCTU), the Community and social Development Agency, (NSCSDA), and the State Fadama Coordination Office, (SFCO).

“With the disbursement of N-CARES fund to the three delivery platforms in the state,  vulnerable persons will witness physical development in the rural communities across the thirteen local government areas.

“This in fact shows the commitment of Governor A.A Sule to take the bull by the horn to provide infrastructures development in the state.

“It would interest you to know that the NG-CARES programmes is a nation wide programme that cut across the thirty six states of the federal including FCT and that each state would receive the sum of 20 Million dollars each as grant to fund rural development in their states for the next two years. The programme was earlier planned to commence in January this year to last to 2023 December. The total budget of $750 Million  was earmarked for the two years implementation programme for Nigerians.

“However, the first disbursement by the World Bank was just for six months and all the state delivery platforms assured the state for good implementation.”