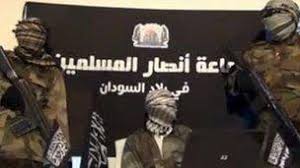 Birnin-Gwari Emirate Progressive Union (BEPU) is disturbed by the deteriorating security situation in many rural communities and major roads of the Birnin-Gwari Local Government Area of Kaduna State.

BEPU acknowledges the efforts being made by the Local Government especially under the leadership of the Sole Administrator, Hajiya Umma K. Ahmad to tackle the insecurity and support the Internally Displaced Persons (IDPs) with little demonstration of commitment from the State and Federal Governments to arrest the situation.

The security situation is becoming increasingly alarming whereby a large swath of Birnin-Gwari Local Government Area is now at the mercy of marauding bandits who usually roll into towns and villages in convoys of motorcycles mostly riding three on each, brandishing AK47 rifles killing and abducting people including women and children.

BEPU noted that the bandits usually spend hours operating with impunity and unleashing terror especially in rural communities. The bandits also placed taxes on various communities and keep coming back repeatedly to attack them because of the absence of law enforcement agents.

BEPU observes this situation as not only tragic but shameful that these bunch of ragtag bandits on motorcycles wielding AK47 rifles can roam most communities in the area with impunity killing and abducting peaceful helpless innocent citizens in a nation that seems to have standing Armed Forces and the Police.

For instance, as it stands today, Eastern part of Birnin-Gwari is fast becoming Headquarters of terrorists where bandits operate and seem to govern. The bandits have carried out about five series of attacks in Tabanni Ward alone within just this week whereby many people were killed and dozens abducted. It is frightening that many communities in Birnin-Gwari LGA are falling in to the governance of bandits.

Most of the people of Old and New Tabanni are now in Old Kuyello as Internally Displaced Persons (IDPs). Similarly, on 24th March, 2022, one man was attacked and killed along Sabon Layi – Kakangi Ward. It is of great concern that despite these recent series of attacks in these areas, there was no official reaction from Government in terms of at least reactive security mobilization, words of sympathy or humanitarian assistance to the affected communities.

BEPU is also concerned with the activities of Ansaru terrorist organization which members have freely continued to operate, preach and recruit people in to the organization in various communities in the Eastern part of Birnin-Gwari LGA such as Old Kuyello, Unguwan Makera, Kwasa-Kwasa, Damari, Kuduru forest, Ingade Alha and Maidaro. There is, therefore, urgent need for the Government and relevant stakeholders to arrest this situation before the area is completely taken by criminals who have continued to challenge the national security and sovereignty of Nigeria.

The above mentioned cases are just few given to cite examples but killings and kidnappings in Birnin-Gwari LGA have became daily affairs more especially along major roads (particular the Birnin-Gwari to Kaduna and Birnin-Gwari to Funtua roads). Moreover, the road from Dogon Dawa to Rigachikun was completely taken over by bandits.

Presently, Birnin-Gwari to Kaduna road is a no-transit area unless with security escort. Even with the escort, travellers are usually ambushed, kidnapped and killed on many occasions. This usually happens because the security escorts are mostly very few which make them prone to be overpowered by the bandits who are usually stationed at various common flashpoints to attack travellers along the roads.

Currently the major den of the kidnappers that operate along Birnin-Gwari to Kaduna road is around Falale (Demba) of Buruku forest. For the past four months, most of the ransoms that have been paid were at that particular place.

Millions of Naira are being paid to the bandits as ransom for freedom of kidnapped persons and taxes for access to farmlands and for freedom to live in various communities within the LGA. There are hundreds of captives including women and children who have been in the den of the bandits for months and are yet to be released because their families could not afford to pay for their freedom.

One of the most disturbing incident is that of the kidnapped three young ladies, namely; Nusaiba, Rabi’atu and Firdausi Lawal Ado. These teenagers are students of a College of Health who were abducted on their way from Kaduna to Birnin-Gwari for Christmas break since December, 2021 and are still in the den of kidnappers/bandits despite many efforts by the family and some well meaning members of the community to secure their freedom. No one know the state of the health of those teenagers at present except the kidnappers. There is need for the Government to come to the aid of thes traumatised family for these girls to regain their freedom.

With the series of attacks on most communities in Birnin-Gwari LGA, thousands of people are rendered internally displaced persons (IDPs) without proper organisation and other necessary care from the Government.

BEPU is therefore so concerned on the continuous killings and kidnappings of the people in the area, and observes that the entire Birnin-Gwari LGA is under serious threat of existence unless the needful is done urgently to arrest the situation.

BEPU argues that there must be a community before politics and other businesses take place. Hence, without peace, there can never be political, social and economic development in any society. It is a known fact that if government abdicates its primary responsibility of protecting lives and properties, anarchy must surely take over as is being witnessed today.

There is an urgent need for Government to come to the aid of the people of Birnin-Gwari LGA before the community is completely annihilated.

BEPU calls on the Government to widen its cycle of consultations to consider involving local stakeholders as partners in identifying measures for addressing the insecurity situation. Government should therefore reach out to traditional rulers, clerics, local community leaders and elders in Birnin-Gwari towards addressing the insecurity in the area.

BEPU is therefore appealing to Government to fulfil one of its major responsibilities which is security of lives and properties in order to allow innocent and peace loving people of Birnin-Gwari LGA go about their normal businesses.