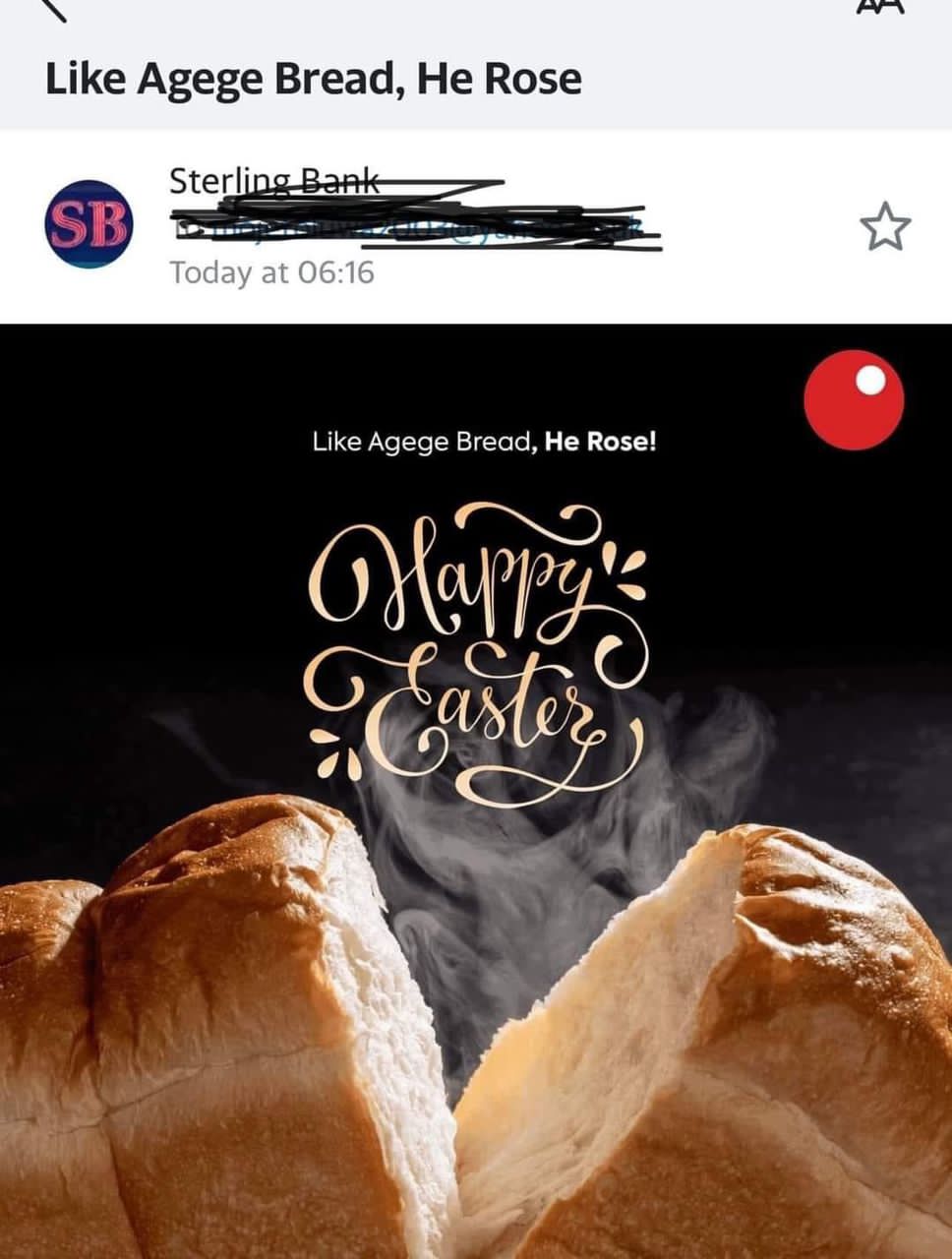 Some social media users are calling Christians to boycott the bank for the next one year for its temerity in comparing the rising of Jesus Christ from the dead with Agege bread in an Easter message.

Agege bread is a type of heavy, Lagos bread known for its heftiness due to the effect of yeast on flour.

The bank is yet to apologised or withdraw the offensive advert that has sent many roiling and boiling with anger.

Famously, He predicted woes upon them, if they did not change their ways.