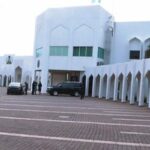 Days after the opposition Peoples Democratic Party (PDP)  warned that the ongoing fuel crisis may spin out of control into nationwide protests worse than the October 2020 EndSARS protests, the Presidency is weaving a story around the comments, suggesting the Department of State Services (DSS) may have been referring to the party when it exposed plans to destabilise the country.

Said presidential spokesman, Mr. Femi Adesina said: “The People’s Democratic Party (PDP) has given itself away as being interested only in the destabilisation of the country, peradventure it could then sneak its way back to power.

“Less than 24 hours after the Department of State Services (DSS) raised alarm about sinister plots by some elements to cause disorder in the land, using the energy crisis as a smokescreen, the PDP issued a statement, saying; “Our party fears that the situation is getting to a boiling point and can trigger a nationwide agitation that might be worse than the October 2020 EndSARS if not addressed immediately.”

“Which patriotic political party or organisation ever threatens its country with anarchy, social upheaval and disorderliness, except one still smarting from its snout being yanked from the honeypot, as happened to PDP in 2015?

“But we wish to remind the now tepid opposition party that it was Nigerians that gave it the boot 7 years ago, and those same Nigerians have not forgotten the travails they experienced, at a time the country was awash with money: no power, no infrastructure, insurgents ran riot round the nation, and our collective patrimony was looted blind. Those same Nigerians are not ready for another PDP misrule, not now, and perhaps not for a long time to come.

“Rather than plot and encourage “agitation worse than October 2020 EndSARS,” which it may well be conceiving, the PDP should work for harmony and cohesion in the country, if it ever understands such concept.

“A presidential aspirant of the PDP has warned that the party would die by 2023, unless it wins the Number One position in the country. And die it would, if the party wishes the country nothing except something worse than EndSARS.”

On Sunday PDP spokesman, Debo Ologunagba, accused the Federal Government of “kneeling on the necks of Nigerians.”

Said the opposition party: “There is a limit to what the people can bear under an administration that remains insensitive to their plights. President Buhari needs to be reminded of his duty to Nigerians, to in the least, show some empathy, competence and concern as our country rapidly drifts towards a looming precipice.

“The frustration in the country is already degenerating into a nationwide restiveness that may result in the breakdown of Law and Order if allowed to fester. With petrol now selling between N400 to N500 per litre, diesel at over N800 per litre, kerosine at over N750 and aviation fuel at N670 per litre, millions of businesses, employment and sources of livelihood have collapsed in both urban and rural areas resulting in acute hardship and widespread social tension across the country.

“Our Party fears that the situation is getting to a boiling point and can trigger a nationwide agitation that might be worse than the October 2020 EndSARS if not addressed immediately.”

“It is often said that when a government abdicates its responsibility to the citizens at whose pleasure it should serve, then that government is complicit in the suffering of its people and a beneficiary of their woes.

“If President Buhari could personally communicate on issues that concern his party, the APC, while in England, it is inconceivable that he failed and neglected, as always, to attend to life discounting experiences and pains encountered by Nigerians daily by the thoughtless and inhumane policies of his government,” the PDP argued.