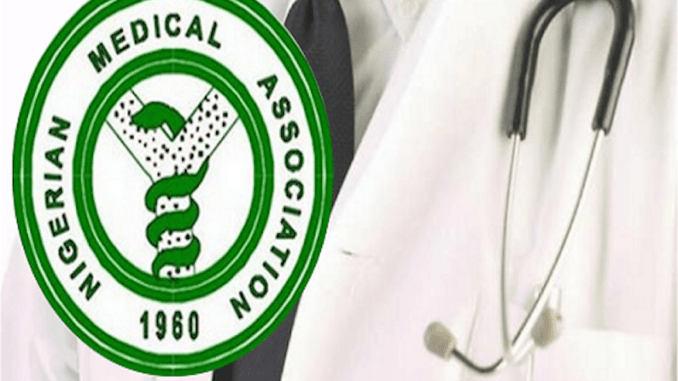 The Nigerian Medical Association (NMA) has urged Gov. Yahaya Bello to direct the full payment of February salary of medical doctors working with the Kogi  Government.

The NMA made the call in a communiqué jointly signed by its Chairman, Dr Omakoji Oyiguh and Secretary, Dr Chimezie Udebuani on Tuesday in Lokoja.

”The meeting observed that the salary of the medical doctors working with the Government of Kogi State was in percentage (69.97 per cent).

”The meeting further observed that the payment in percentage was done despite lack of notice or invitation for negotiation to members whose salaries are to be affected.

”The NMA Kogi in a letter to Gov. Bello, dated March 7, drew the attention of the governor to non-invitation to participate in any negotiation and the expectation of NMA for payment of full salary for the month of February 2022.
”The NMA Kogi chapter, requests His Excellency, to note that it has been two years of peaceful and harmonious industrial relations in the medical sector.

”The governor’s handlers on the issue of the percentage salary should be cautioned against doing anything that will cause a breakdown of the much-cherished relationship already developed,” the NMA said.”