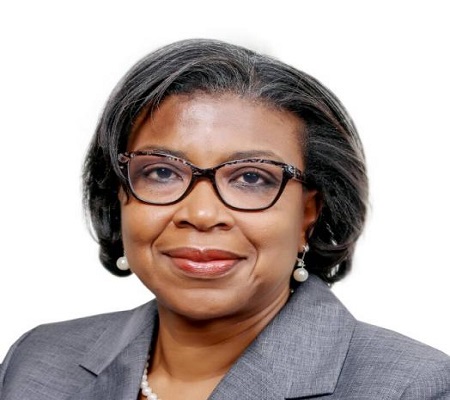 President Muhammadu Buhari may be blamed for much of the country’s ballooning debt, but he is not to be blamed alone for the trend.

According to the Director-General of the Debt Management Office, Ms. Patience Oniha: “It is not only the President and the Minister of Finance that endorse borrowing. The National Assembly passes the budget which contains how much will be borrowed after dudget defence and public hearings”.

She adds: “Borrowing came from the budget. The figures didn’t just happen. They came from many years of consecutive borrowing authorised by existing laws”.

Oniha’s comments notwithstanding, many heap the blame for unbridled borrowing on the present administration.

Patience Oniha, the Director-General of the DMO, said this on Thursday, while addressing newsmen on the country’s debt situation.

Oniha said that the amount represented the total external and domestic debts of the Federal Government, 36 state governments as well as the Federal Capital Territory (FCT).

The News Agency of Nigeria (NAN) recalls that DMO had earlier revealed that the country’s debt stock as at September 2021, was N38 trillion.

She said that the increased public debt included new borrowings by both the Federal Government and state governments.

“For the Federal Government, it would be recalled that the 2021 Appropriation and Supplementary Acts included total new borrowings of N5.48 trillion
to part-finance the deficits.

“Borrowing for this purpose, and disbursements by multilateral and bilateral creditors account for a significant portion of the increase in the debt stock, ” she said.

Oniha said that the new borrowings were raised from diverse sources, which included issuance of Eurobonds, Sovereign Sukuk and Federal Government of Nigeria Bonds.

“These Capital raisings were utilised to finance capital projects and support economic recovery,’’ she said.

According to Oniha, the country’s debt situation is within reasonable limits.

She, however, said that the Federal Government had taken concrete steps to address revenue challenges which made servicing of the debts burdensome.

“With the total Public Debt-to-Gross Domestic Product ratio of 22.47 per cent, the debt ratio still remains within Nigeria’s self-imposed limit of 40 per cent.

“This ratio is prudent when compared to the 55 per cent limit advised by the World Bank and the International Monetary Fund (IMF) for countries in Nigeria’s peer group.

“The Federal Government is mindful of the relatively high Debt-to-Revenue ratio and has initiated various measures.

“The measures are to increase revenue through the Strategic Revenue Growth Initiative and the introduction of Finance Acts since 2019,’’ she said.