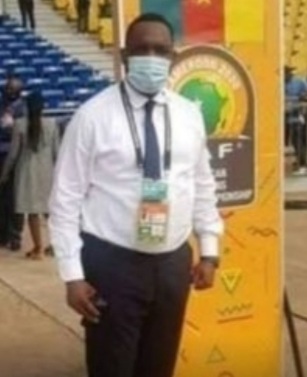 Was the death of Confederation of Africa Football’s doping doctor, Dr Joseph Kabungo, caused by fans’ attack or was it natural?

And what lies in wait for the Nigerian Football Federation (NFF) from the Confederation of African Football (CAF) and FIFA, either way?

These are the troubling questions before Football administrators and analysts after Kabungo, a Zambian medical professional, was said to have died shortly after Ghana stopped Nigeria from qualifying for the 2022 World Cup on Tuesday.

There are reports that Kabungo died as a result of the stampede that occurred at the Moshood Abiola National Stadium in Abuja before the commencement of the match.

However, another account blamed fans’ invasion of the pitch after the match for the doctor’s death.

British-Nigerian journalist, Osasu Obayiuwana, tweeted that the doctor’s death was confirmed after he was rushed to the hospital.

Neither officials of the Nigeria Football Federation nor CAF have confirmed the doctor’s death.

It was learnt that Kabungo’s family, the Zambia FA and the Government of Zambia had been informed.

Goal.com is reporting already that Zambia Football Federation has confirmed the passing of Kabungo during the 2022 World Cup play-off fixture that sent Nigeria out of the next World Cup.

The two West African giants went head to head in the return battle and it was the Black Stars who progressed on the away goals rule after managing a 1-1 draw at MKO Abiola National Stadium in Abuja.

Zambia FA President Andrew Kamanga has confirmed the incident, involving Kabungo who was on duty as a doping officer.

“The Football Association of Zambia joins the rest of the football family in mourning the late Dr Joseph Kabungo,” read part of the statement from Zambia FA. “Dr Kabungo, a Caf/Fifa medical officer was on duty in Abuja for the second leg, final qualifying match between Nigeria and Ghana that ended 1-1.”

Faz president Andrew Kamanga has eulogised Kabungo insisting the country had lost one of the game’s leading lights on the continent and beyond.

“Today [Wednesday] we mourn the passing of our Caf/Fifa medical officer Dr Joseph Kabungo who was on duty as a Doping officer in Tuesday’s match involving Nigeria and Ghana, and we extend our sincere condolences to Dr Kabungo’s family and the football family at large,” Kamanga explained.

“We take note that it is too early to dwell into the nitty-gritty of the cause of his death but will wait for the full report from Caf and Fifa on what exactly transpired.

“He was a dedicated and widely loved member of our football community and his impact was vast, having also been part of the 2012 Africa Cup-winning team. His death is a huge loss as Dr Kabungo was a friend and confidant to many generations of players and their families.

“Dr Kabungo was a permanent fixture at football events including the Fifa Arab Cup in Qatar which is a precursor for the 2022 World Cup. He was also part of the medical team during Cameroon 2021 [played in 2022] Africa Cup of Nations.

“He was one of the outstanding Zambian football personalities that flew the Zambian flag at global football events. We all have to learn from his example of excellence and celebrate his legacy by breeding more hard-working football Zambian administrators.”

After his death, Nigerian journalist Osasu tweeted, “Sad news: I understand that an official for the
@NGSuperEagles vs @GhanaBlackstars
match (not a referee or assistant referee) died in #Abuja today.

“His name is Dr Joseph Kabungo from Zambia. He was on duty as Doping officer. He collapsed suddenly and died. Cause of death not confirmed yet. His family, the Zambia FA and the government of Zambia have been duly informed.

“If the death of #Zambian doctor Dr Joseph Kabungo at the #Abuja stadium was caused by being attacked by the #Nigerian fans who invaded the pitch, after the @NGSuperEagles lost the
@FIFAWorldCup ticket to @GhanaBlackstars
, @thenff would be in terrible trouble with @FIFAcom.”

A Ghanaian sports journalist, Collins Atta Poku, who was also at the venue of the match, alleged that the doctor was beaten to death.

While replying Osasu’s tweet, he posted, “They beat him, he fell and they throded on him. He lost consciousness was rushed to an ambulance closer to the Ghana dressing for CPR. The entire Ghanaian contingent watched on as resuscitation attempts were made with oxygen mask. He was taken to hospital later and now this. Sad.”