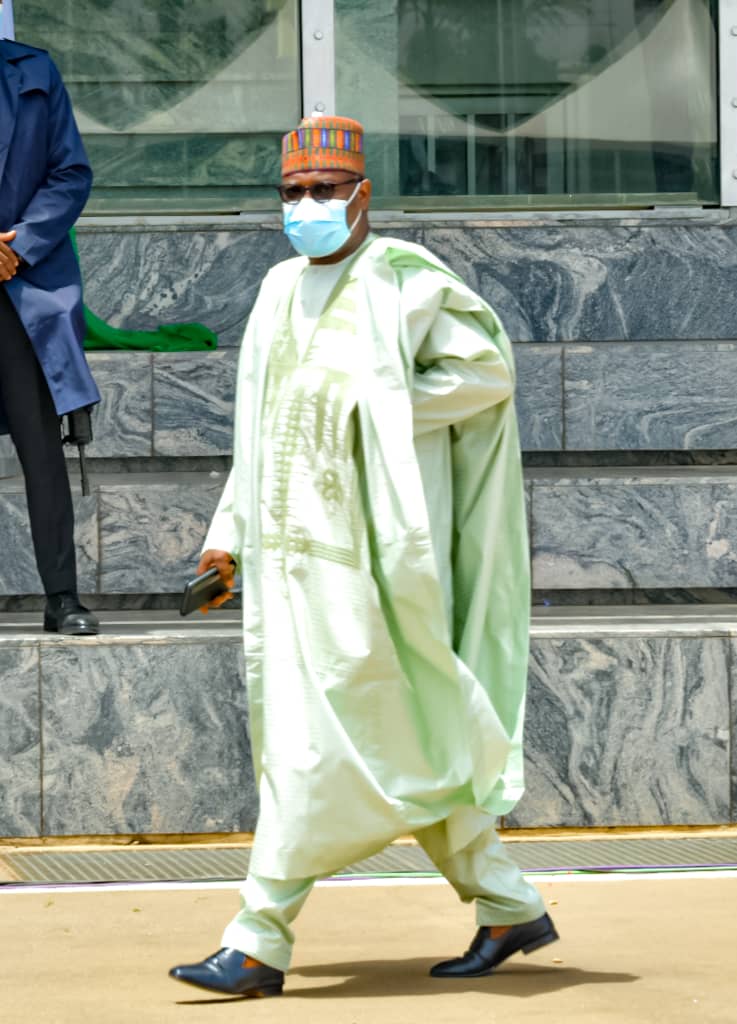 It’s been a week of horror for residents in two local government areas of Niger State as terrorists struck unhindered, while fleeing victims of their attacks, including women and children, drowned in a capsized boat.

Meanwhile, Governor Abubakar Sani Bello, who has been out of the state since last weekend’s convention of the All Progressives Congress (APC), proceeding from there to Dubai in search of investors and a summit, has expressed grief over the death of those who drowned in Guni-Zumba River, while fleeing  terrorists attacks in Guni and Kurgbaku communities in Munya local government area of the state.

In a message, he described the incident as painful and disturbing, and condoled with the family members of the deceased and the entire people of Munya local government area.

He decried the unprovoked attacks on innocent citizens in the these communities.

The Governor emphatically stated that no matter how hard the terrorists sustain their atrocious activities, government will remain steadfast and not be dampened in its efforts to end criminality in the state.

He appreciated the efforts and sacrifices of the joint security operatives, and enjoined them to  continue in stopping the activities of the criminals. He urged then to be more proactive in their operations.

He then prayed God to forgive all those who lost their lives and grant their loved ones the fortitude to bear the loss.

At the last count on Thursday, more than 20 bodies have been recovered, as grumbles continue to grow over the rationale behind the state’s chief executive going to look for investors to put their resources in a bandits-infested state.

Usman Kuta, chairman of the Coalition of the Shiroro Association (COSA), was quoted as confirming the death of the fleeing women and children.

“The accident occurred at Munya local government area under Guni in a village called Ashita,” he said.

“As of the time of compiling this report, 11 dead bodies have been found out of the number of people in the boat that capsized.

“The exact number of people on board is not certain yet, because they were running for their lives as a result of bandits’ attack.”

A resident, Mr. Shehu Abubakar, recounted, “Bandits invaded our communities this (Wednesday) morning, and in an attempt to flee, some people drowned in Guni-Zumba River.

“Due to overloading, the boat capsized in the middle of the water. For now, we don’t know the number of casualties because we have not been able to rescue anybody.

“But I can tell you that over 20 people, including women and children, were involved.”

The terrorists reportedly raided some Communities in Munya local government area killing scores of the villagers and abducting unspecified number of people.

A Catholic Priest, Reverend Leo Raphael Ozigi and three other Priests of the same Church were also kidnapped between Sarkin Pawa and Minna on Sunday afternoon as they were returning to Minna after the Sunday Mass.

In the Villages in Munya local government area the terrorists were said to be moving from house to house raiding the poor community people of their money and foodstuffs.

According to a report in the Vanguard newspaper, The terrorists are said to have set up a camp in Kuchi town from where they carry out their operations.

Similarly, the bandits are said to have set up another camp at Chibani after blocking a bridge linking Munya local government and Shiroro to forestall any raid on them by any Joint Task Force.

It was reliably gathered that no fewer than fifteen Communities were raided within fourty eight hours in the state unhindered.

The local governments involved are Munya and Shiroro.
In Zagzaga Community, an octogenarian was said to have been set ablaze out of anger by the bandits as virtually all the Villagers had deserted the community.

The old man it was gathered was unable to escape due to his old age and also for other predicaments and chose to remain in his room but was set ablaze by the bandits.

“There were some invasions by bandits on some Communities in Munya local government area but we are still monitoring the situation.

“I cannot say the exact number of people killed or abducted but we will issue a statement later,” he remarked.

According to him,” the terrorists have been operating unhindered for several hours and presently, they are still there

“Nobody can tell you the number of people already killed or kidnapped, all I know is that there are casualties,” Secretary to the Local government declared.

The State Chairman of the Christian Association of Nigeria Niger State Chapter,(CAN) Reverend Mathias Echioda when contacted simply said,”I can only confirm to you of the Catholic Reverend kidnapped. I cannot specifically say how many other priests kidnapped along with him