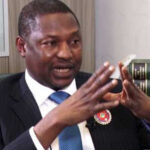 In perhaps one of the swiftest reaction to a court ruling Friday on Section 84(12), the Federal Governmnet has pledged to give effect to the Judgment.

In a statement Friday signed by Dr. Umar Jibrilu Gwandu, Special Assistant on Media and Public Relations, Office of the Attorney General of the Federation and Minister of Justice

The statement reads: “The office of the Attorney General of the Federation and Minister of Justice will accordingly give effect to the Court judgment in line with the dictates of the law and the spirit of the judgment.

“The judgment of the Court will be recognized by the Government printers in printing the Electoral Act.

“The Act will be gazetted factoring the effect of the judgment into consideration and deleting the constitutionally offensive provision accordingly.

“The provision of Section 84(12) of the Electoral Act 2022 is not part of our law and will be so treated accordingly.

“This is in line with the dictates of chapter 7, Part 4, Section 287 of the 1999 Constitution of the Federal Republic of Nigeria (as amended) on enforcement of decisions that makes it a point of duty and obligation on all authorities and persons to have the judgment of the federal High Court, among others, to be enforced.”

Recall that the Federal High Court sitting in Umuahia, on Friday, nullified Section 84(12) of the newly amended Electoral Act, saying it was a violation of the provisions of the Constitution.

The court, in a judgment delivered by Justice Evelyn Anyadike, held that the section was unconstitutional, invalid, illegal, null, void and of no effect whatsoever, saying it ought to have been struck out.

The News Agency of Nigeria (NAN) reports that Mr Nduka Edede, a lawyer and chieftain of Action Alliance (AA) party, had approached the court, in the suit that had the Attorney General of the Federation as the Defendant.

Anyadike held that the said sections, already stipulated that appointees of government seeking to contest elections were only to resign, at least 30 days to the date of the election.

She held that any other law that mandated such appointees to resign or leave office at any time before that, was unconstitutional, invalid, illegal null and void, “to the extent of its inconsistency to the clear provisions of the Constitution”.

The judge thereafter ordered the Attorney General of the Federation, to forthwith delete the said Subsection 12 of Section 84 from the body of the Electoral Act, 2022..NAN reports that President Muhammadu Buhari, had while signing the amended Electoral Act, urged the National Assembly to delete the provision, as it violated the Constitution and breached the rights of government appointees.

The President had further written a letter to both Chambers of the National Assembly, seeking amendment, by way of deleting the provision, an amendment the Senate rejected in plenary.Addressing journalists, counsel to the plaintiff, Emeka Ozoani (SAN),  said by this judgment, the National Assembly was not required to further make any amendments to the section.

“It has provided a congenial atmosphere for politicking and political space in 2023”.The defence counsel, Mr Chris Nevo, hailed the judgement, saying the court had put to rest, the section that had been in conflict with provisions of the Constitution. He said it was a big error on the part of the National Assembly, saying they would go back and do the right thing since the court had made pronouncement.

“It has also put to rest, every other issue so that we can move on with issues that are besieging us as a country and as a nation,” he said.