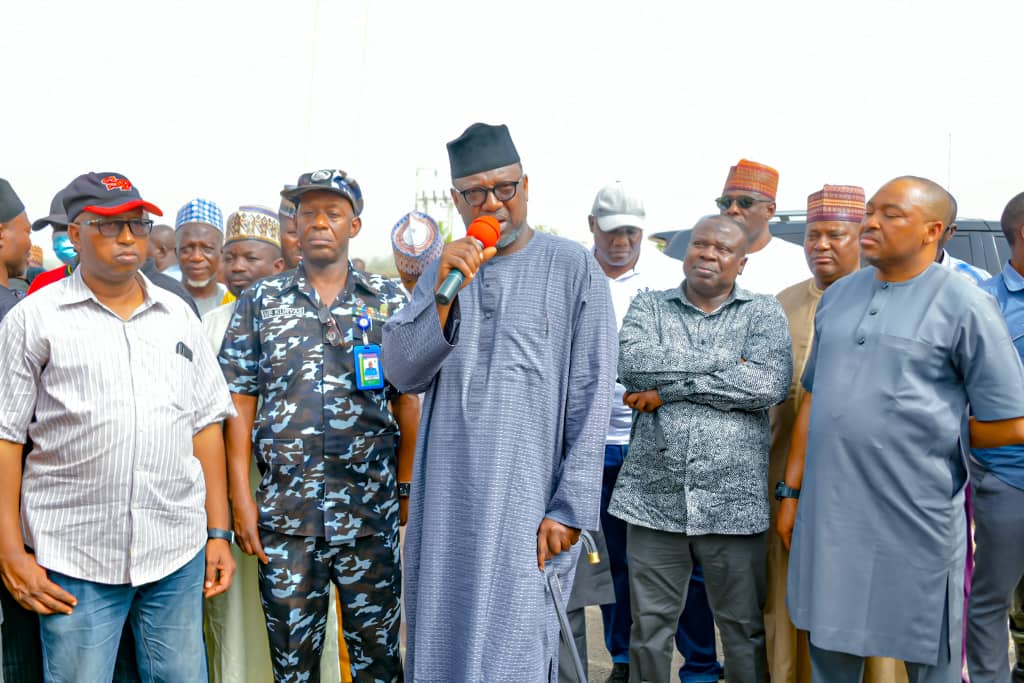 Security agencies have started the process of detonating improvised explosive devices (IEDs) planted by terrorists around Galadiman Kogo Community as part of the process of returning internally displaced persons (IDPs) to their communities, Governor Abubakar Sani Bello has announced.

Bello says the government will hasten effort towards ensuring that the IDPs from Munya and Shiroro local government areas return to their homes.

At the Central Primary School, Gwada, Shiroro local government, where he visited and interacted with the about 4,000 people displaced by terrorists, and those displaced as a result of over flow of water from Zungeru Dam under construction, Bello added that it was necessary to ensure that the people return to their ancestral homes as their continous stay there could result to outbreak of disease and food shortage in the state and beyond.

The Governor however said the people can only go back when their communities are safe, adding that the state government and the security agencies are not taking anything to chance to ensure that  normalcy returns to the areas.

A statement by his spokeswoman, Mrs. Mary Noel-Berje, said he commended the efforts of the security agencies for the successes recorded in recent times, assuring that with the new tactics adopted by the heads of security agencies in the state, IDPs will soon return to their homes.

The Governor disclosed that some Improvised Explosives were planted around Galadiman Kogo but assured that security agents are already making efforts to detonate the IEDs.

“I am happy that with the new crop of heads of security agencies in the state there is synergy among them. They are all working together and that is why we are recording successes “, he said.

The Governor urged those with information on informants not to hesitate to disclose to the security agencies assuring them of their safety and reward.

He also warned the terrorists informants to desist as their end will come soon.

On the issue of Gurmana people who were displaced as a result of over flow of water at the Zungeru Dam, the Governor said he will expedite action for an interface with the Federal Ministry of Power to ensure that compensation is paid to them to be able to relocate to higher grounds.

He acknowledged that some communities have  already been paid , and government will as a matter of urgency, ensure that the people of Gurmana are attended to immediately.

The Governor who was presented with some children delivered at the camp, directed that all children born there, should be taken to Neo-Natal Wing of the Jummai Babangida Maternal and Neo-natal Hospital, Minna for medical attention. 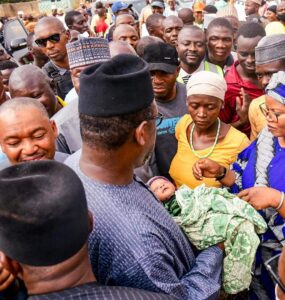 He ordered that tents should also be mounted for additional shelter and  mobile toilets provided to improve the sanitary conditions in the camp. 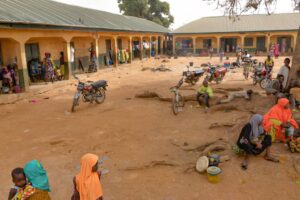 Alhaji Isah Abubakar and Alhaji Umar Aliyu, the district heads of Gini and Galadima Gogo respectively commended government efforts on insecurity, but urged the governor to do more as the raining season is approaching so that their people will go back home and farm.

In a similar development, Governor Abubakar Sani Bello visited the members of Vigilante Corps at the Niger State Teacher Professional Development Institute (NSTPDI), Maraban Dandaudu in Munya local governmant to boost their morale in the war against terrorism in the state. 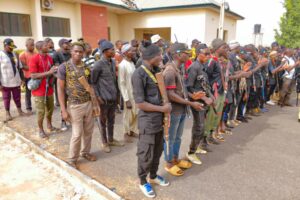 He assured them of all necessary support particularly in the area of better weapons.